The drug Harvoni, a costly but vital hepatitis C cure for patients, comes with significantly less side effects over other standard treatments 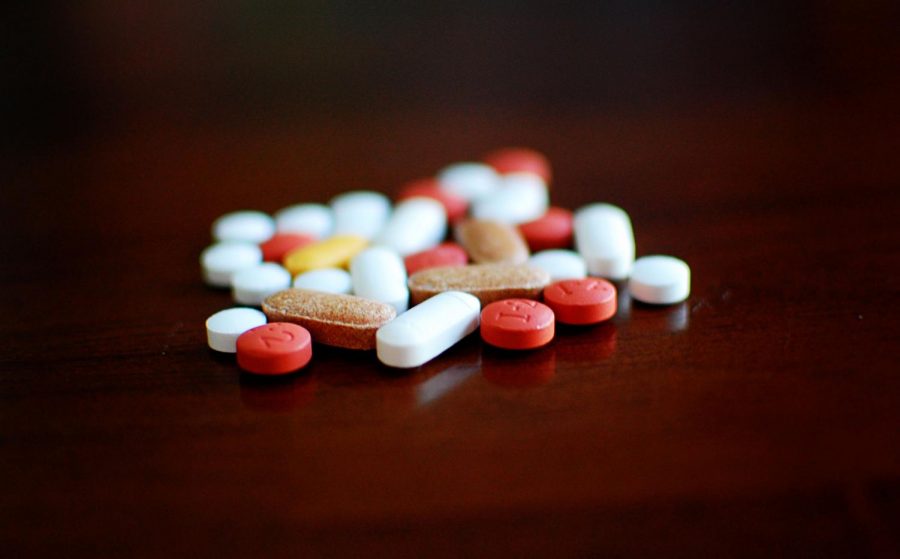 Disclaimer: The reporter of record is related to one of the individuals interviewed in this story.

Before 1992, donated blood was not screened, and as a result viruses spread to blood recipients.

One virus in particular, hepatitis, puzzled doctors in the 60s and 70s.

Hepatitis causes inflammation of the liver, which can lead to serious conditions.

Researchers were able to differentiate two types of hepatitis; hepatitis A and hepatitis B.

A third, more chronic strain of the virus, hepatitis C, was identified in 1989. It is the most common blood borne illness, and approximately 185 million people worldwide are infected.

Of those infected, more than half will have a long-term, chronic infection.

Today, the most common route of hepatitis C transmission is through intravenous drug use.

According to the Center for Disease Control and Prevention, in 2018, roughly 53 percent of IV drug users tested positive for the virus in the United States.

Before hepatitis C was discovered, former IV drug user Ralph Hert, said that he was told he had liver enzyme levels similar to those in AIDS cadavers.

The hepatitis patient talked with nevalleynews.org about his experience with the virus.

“In 1986 I was drilling an environmental project . . . we drilled into some lead, and they made all of us go in and get tested for lead, and they called everyone within a couple days. They didn’t call me for two weeks . . . and what they told me then was that I don’t have lead [poisoning], however, there’s some kind of enzyme or something showing up, viral, in my blood, that they only find in patients that have died with . . . AIDS,”  Hert said.

A reported cure for the virus, Harvoni, emerged on the scene and was FDA approved in 2015. The regimen for Harvoni is eight to 24 weeks, and it reportedly cures between 96% and 99% percent of patients.

The cost of Harvoni is not cheap however.

The cure comes at a gigantic price. Gilead pharmaceutical priced the new hepatitis C drug, Sofosbuvir at $1,000 per pill or, $84,000 for a three-month course of treatment.

Many insurance companies refused to pay for the pricey cure without elaborate testing for specific requirements or for the most serious complications or sickest patients—and Medicaid was facing millions in payouts for the drug at a cost that simply could not be maintained.

By 2018 patients and insurance companies began to see the cost of the hepatitis C cure drugs come down as more companies developed different versions of the drug and as the competitive pharmaceutical market dictated.

The researchers who discovered Harvoni won the Nobel Prize in medicine.

During early research, Interferon was used to treat hepatitis C.

Interferon is an antiviral medication that interferes with virus replication and protects cells against infection. Unfortunately, this potentially-lifesaving medication, has serious adverse side effects that reportedly caused 15% of patients to discontinue treatment.

Anderson took Harvoni but told nevalleynews.org about an experience with a friend who had hepatitis C. but took Interferon.

Dr. Esther Heo, a clinical pharmacist who specializes in medication therapy at SinfoniaRx, a company created by the University of Arizona College of Pharmacy, spoke on the topic of Interferon and said, “. . . clinicians usually try to limit their use [of the medication] due to different toxicities and lab abnormalities. Interferons have a boxed warning that it can cause or exacerbate neuropsychiatric, autoimmune, and ischemic disorders.”

Like Interferon, Harvoni suppresses viral replication. However, Harvoni is reportedly safer, more effective, and has fewer side effects.

Both Anderson and Hert took Harvoni and have tested negative for the virus.

The only side effect either man experienced was fatigue, which they say did not last the entire three months of treatment.

“I was really grateful that Harvoni came along when it did. And I feel really blessed . . . really lucky,” Anderson said.

He described a sense of disbelief when he tested negative for the virus, “My doctor said ‘you’re cured’ . . . I said that’s a strong word for a dope fiend,” Anderson said.