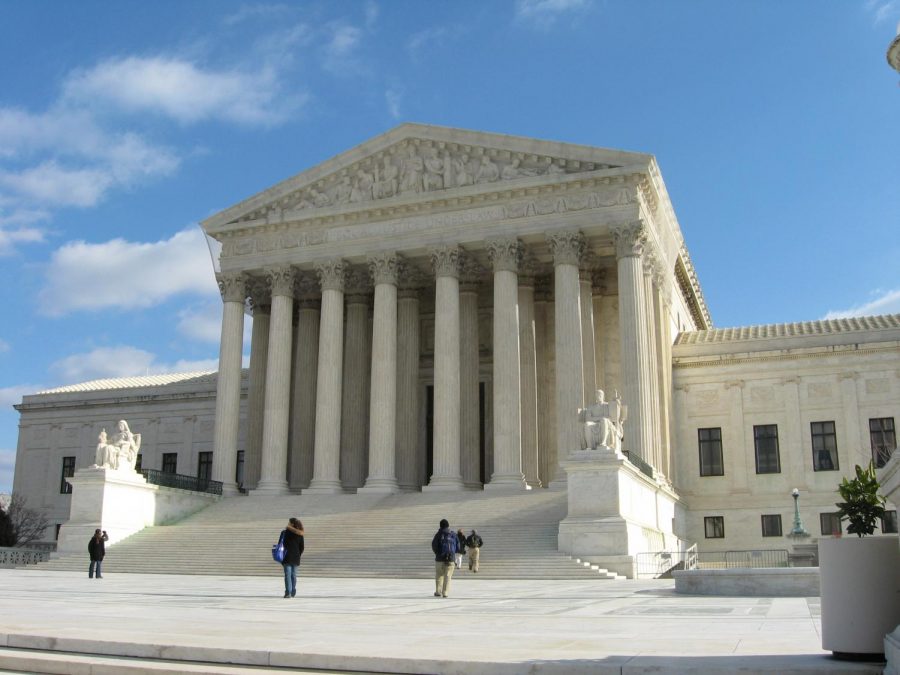 ICE states that they have records of just two women being referred for hysterectomy.

In a complaint filed by immigrant advocates and attorneys from Project South, Institute for the Elimination of Poverty and Genocide—Wooten claims that the physician in question was known as, “The Uterus Collector.”

The complaint was sent to, Joseph V. Cuffari, the Inspector General of the Department of Homeland Security and other officials with U.S. Immigration and Customs Enforcement.

This complaint and Ms. Wooten’s accompanying Declaration (which is incorporated by reference) document recent accounts of jarring medical neglect at ICDC including refusal to test detained immigrants for COVID-19 who have been exposed to the virus and are symptomatic, shredding of medical requests submitted by detained immigrants, and fabricating medical records. In addition, this complaint raises red flags regarding the rate at which hysterectomies are performed on immigrant women under ICE custody at ICDC. This complaint also documents hazardous and reckless actions taken by ICDC management such as allowing employees to work while they are symptomatic awaiting COVID-19 test results and hiding information from employees and detained immigrants about who has tested positive for COVID-19.

Wooten also claims that a detained woman told her that she was unaware as to why she was getting a hysterectomy. She also complained that the ICE center provided inadequate care for the detainees during the Covid pandemic.

Heath Clark, an attorney for the ERH healthcare, which operates the Irwin county hospital, stated that Mahendra Amin operated on both of the alleged victims—in an interview with the Washington Post, Amin said that the allegations were “demonstrably false”.

Democratic lawmakers from the House Homeland Security committee participated in a virtual meeting and one of those legislators was Rep. Pramila Jayapal (D-Wash).

Jayapal wrote a letter that was signed by 173 lawmakers stating that the DHA inspector general join in an investigation and stated,  “There may be at minimum 17 to 18 women who were subjected to unnecessary medical gynecological procedures from just this one doctor, often without appropriate consent or knowledge, and with the clear intention of sterilization,”.

Eugenics is defined as a philosophy and a practice that advocates for “improving” the human race by breeding out disease and “undesirable” traits from the human species—this could include race, ethnicity and nationality.

The U.S. has its own troubling history with eugenics.

A candid opinion piece from the Los Angeles Times serves as a reminder about the dark history of eugenics in this country and recalls quotes and references by President Trump including statements such as, “I’m a gene believer” and “I’m proud to have German blood.”

Mr. Trump applauded the audience at one of his recent campaign rallies in Minnesota for having “good genes” in the majority white audience.

The article also references laws in the U.S.— from just over a hundred years ago—where certain states authorized the sterilization of people deemed to have undesirable genes and for reasons as varied as “feeblemindedness” and alcoholism.  The Supreme Court, upheld these laws by an 8-1 vote in the infamous 1927 case of Buck vs. Bell.

As many as 70,000 Americans were sterilized for eugenic reasons in the 20th century.”

Another article from The Washington Post recalls eugenics and the sinister role it has played in U.S. history by targeting minorities, immigrants and vulnerable women.

Dr. Rory Kraft is the chair of the Department of The Arts and Humanities and the Assistant Professor of Philosophy at York College in Pennsylvania.

Kraft told Northeast Valley News that he has lectured about the disturbing role eugenics has played in American history.

“There is, unfortunately, a long history in the U.S. of eugenics. From forced sterilizations of American Indians, those with mental “deficiencies,” the impoverished, and more recent attempts to sterilize those addicted to drugs,” Kraft said.

“I think the rhetoric tied to the recent allegations in the ICE facilities needs to go to the phrase… “anchor babies”. The idea that somehow children born in the U.S., were not legitimately citizens due to parents’ nationality and that these children need to be “prevented,” Kraft said.

Kraft also referenced comments made by Mr. Trump during his 2016 campaign and throughout his presidency that echoes racial eugenics.

“Trump’s comments during the 2016 campaign about those coming from Mexico being problems bringing crime, drugs, and of course being rapists cannot be overlooked.  Nor can his “concerns” about Judge Gonzolo Curiel being biased because of his ancestry.

“In both campaigns and his presidency many times there occurred statements—and lack of statements—that lead racial hate groups to see implicit support in the Trump administration and campaigns. Many observers and pundits saw the occasional denouncement of those groups as forced by advisors and half-hearted.  Much of what is considered to be racist in tone is thought of as “dog whistles” that appear on the surface level to be—although controversial—normal communication.  But to those who are keyed into racially oriented groups such as the Proud Boys or Identity Evropa —hear well the echo of their own racist language,” Kraft said.

(Identity Evropa, has been identified as a neo-Nazi white supremist organization and is considered a hate group by the Southern Poverty Law Center)

CNN recently asked Alexandra Minna Stern, a professor and associate dean at the University of Michigan for her thoughts with regard to the whistleblower allegation of ICE detainees receiving unwanted sterilizations.

“This could be seen as a recent episode in a much longer trajectory of sterilization abuse and reproductive injustice,” Stern said.

House Speaker Nancy Pelosi (D-Calif.) demanded a full investigation into the claims by the nurse.

Ada Rivera, the medical director of the ICD Health Service Corps. stated that the accusations would be fully investigated by an independent office.

The Department of Homeland Security’s internal watchdog has opened an investigation into the whistleblower’s allegations of coerced hysterectomies.