Mark Kelly to be sworn in on Wednesday 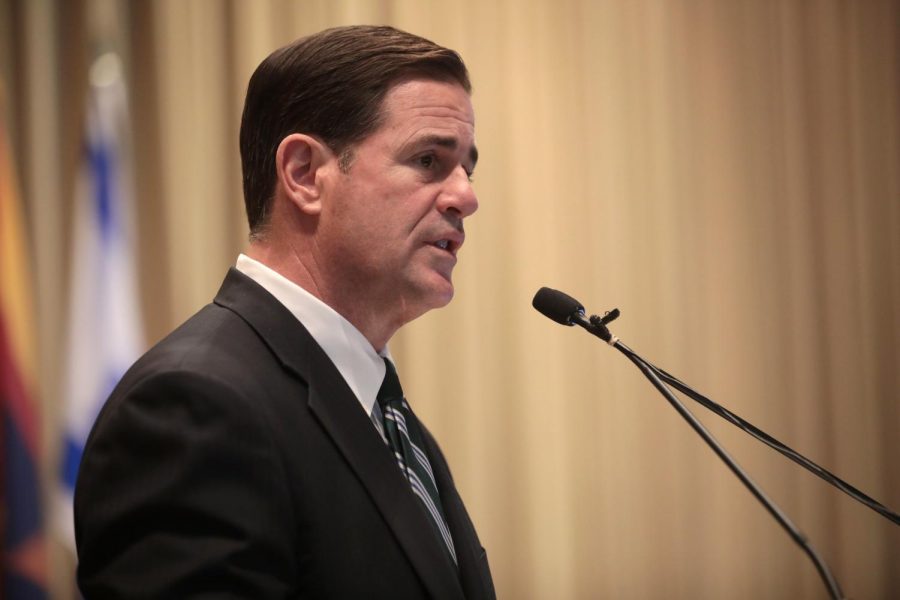 On Monday, Arizona and Wisconsin certified the results of their respective general elections, confirming Democratic President-elect Joe Biden’s victory in both states.  Both are considered battleground states and yesterday’s certification officially makes Mark Kelly the Democratic Senator-elect of Arizona.

As Gov. Doug Ducey and Arizona Secretary of State Katie Hobbs certified the state’s results, two miles away, Rudy Guliani, one of the lawyers representing the Trump campaign, was at a legislation hearing where they claimed the results of the elections in Arizona are false, according to The Arizona Republic.

Trump’s campaign had alleged voter fraud in Arizona since the state was called for Biden on Fox News on Nov 4.  At Monday’s event, with several Republican legislators in a ballroom at the Hyatt Regency in downtown Phoenix, Guliani claimed the results of the election should be thrown out.

“They are certifying a false statement to the United States of America,” Giuliani told the Republican lawmakers.

Since the gathering was not authorized by the Senate president or the speaker of the House of Representatives, there were no Democrats there to question the witnesses and the group had no subpoena power, according to the Arizona Republic.

All 15 Arizona counties had certified their tallies before Monday according to the article, allowing the state to finalize its results in total.

Biden won by 10,457 votes over Trump and according to the Associated Press, Biden has 306 electoral college votes while Trump has 232.

In Maricopa County, an audit was conducted which showed a perfect match between the votes counted by hand and the votes marked by tabulating machines.

The Trump campaign and supporters still filed lawsuits, but according to the article, none of the cases got very far.

“They’re just wrong,” Hobbs said after certifying the election results. “They have made claims. They’ve been making claims since Nov. 4 and they’ve had no evidence to back up any of these claims. They’re not going to find anything.”

Mark Kelly will be sworn in at noon Eastern time on Wednesday, adding a Democrat to the Senate.

“I will be signing official documentation today that will be hand delivered to the secretary of the U.S. Senate so Arizona’s newest senator can be sworn into office as swiftly as possible,” Ducey said Monday.

As the governor was signing his name to the official results, his cell phone rang to the tune of “Hail to the Chief”, known to be the ringtone set for phone calls from the White House.

Ducey simply set it aside and continued signing.