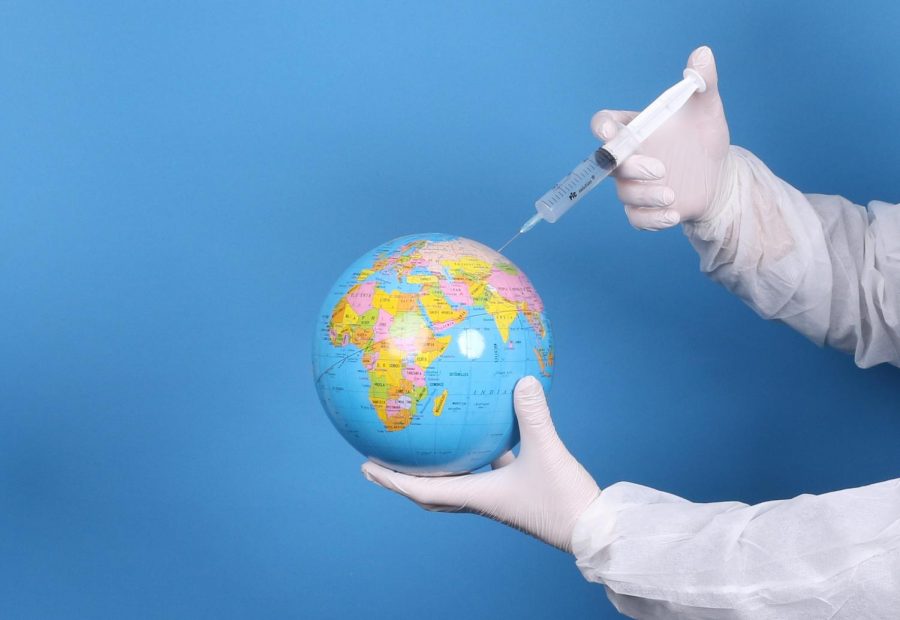 On Monday morning, Executive Director of Public Health Marcy Flanagan met with the Maricopa County Board of Supervisors to discuss the current COVID-19 situation and explain her department’s strategy for prioritizing who will be receiving the first doses of vaccine.

The meeting, which can be viewed at the county’s You Tube channel, began with Flanagan’s sobering update of the current COVID-19 situation.

According to the most recent figures, Flanagan reported that the seven day average of new cases is now 2,467 per day, very near the record 3,200 cases per day at the height of the pandemic.

These near-record numbers are just starting to reflect transmissions from the Thanksgiving holiday.  According to Flanagan, studies showed that a similar, Canadian holiday in early October caused a 45% spike in that country’s new cases.

Hospitalizations are following the steep increase in new cases.  Flanagan presented models from ASU and U of A which show that total hospital capacity may be exceeded by late this month even if the Thanksgiving holiday doesn’t cause a spike.

Strict mask mandates, reducing indoor dining capacity to 20%, restricting gatherings of more than 25 people, stopping group athletic activities (including club sports), and considering a curfew to limit non-essential gatherings were strategies that studies have showed helped to decrease the spread of COVID-19.

Flanagan stressed that studies show that mask usage can protect the wearer and also correlate with decreases in deaths and new cases.

Flanagan began her explanation of the prioritization of the vaccination process and the timeframe for vaccinations to occur by explaining how the COVID vaccines work.

Both are mRNA vaccines, which contain a segment of the viral genome that causes the recipient’s body to develop an immune response and produce antibodies without actually becoming infected.

Side effects include systematic inflammation and injection site soreness common to vaccinations.  Flanagan said that prominent side effects tend show a strong immune response in the recipient which indicate that the vaccine was effective.

The initial state allocation will be 200,000 doses by the end of December.  Those doses will be administered to individuals based on a CDC phased approach beginning with group 1a.

Flanagan said the prioritization system is based on risk of exposure to COVID-19 and protecting those in critical positions.

There are reportedly 123,000-300,000 individuals in Maricopa county classified as 1a, who would receive vaccinations beginning in late December when the first shipments arrive.  These include healthcare personnel, EMS, long-term care, assisted living and skilled nursing facility staff and residents.

Phase 1b and 1c, about 1 million people, should expect vaccinations early in 2021, into about March.  Healthcare workers not included in group 1a, high risk and elderly, law enforcement, teachers are some of the categories that make up this prioritization group.

In April or May and into next summer, Phase 2 will begin, with vaccinations available for about 2 million critical workers and priority members of general population.

During next summer and beyond, Phase 3 would make vaccination available to the rest of the general population.

According to Flanagan, the Pfizer vaccine will initially be only vaccine available.  It must be stored at -70 degrees C and storage issues may cause certain communities to have to wait for the Moderna vaccine to become available.

General assumptions are that vaccine will be provided free of charge, insurance can be billed an administrative fee and the vaccine will not be mandatory.

Five regional locations will be used to distribute initial allocations of the vaccine.  Healthcare workers will be prescreened and required to set up an appointment to ensure the highest priority individuals are being vaccinated at any given time.

During phase 2, local providers, pharmacies and healthcare systems will vaccinate the general public.