Elected Officials, Including Those in a Former Red Arizona, Cannot Stem the Tide of Legalized Marijuana 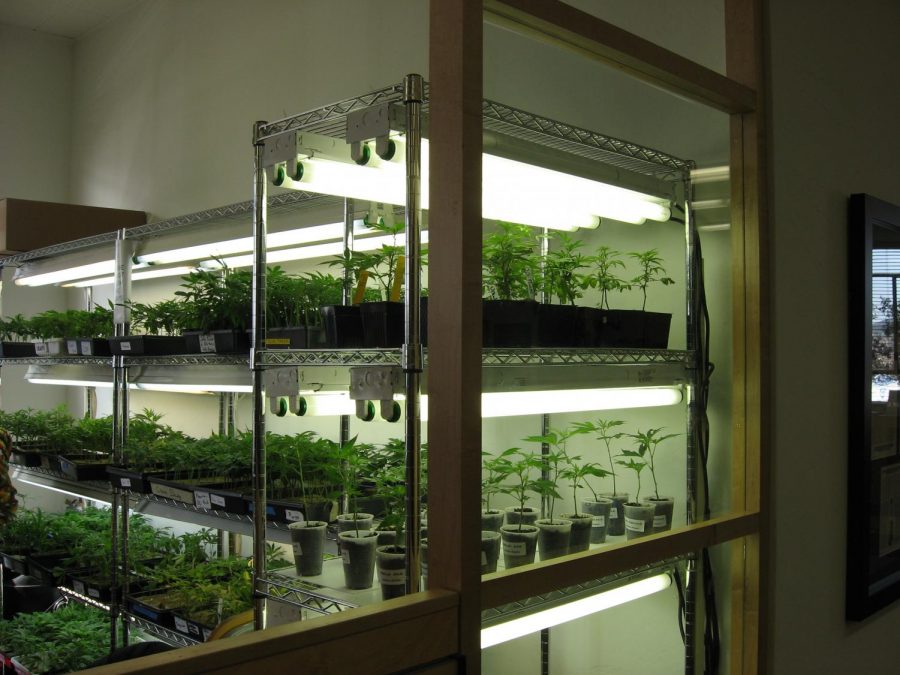 For many Arizonans, the recent passage of Arizona’s Proposition 207 means business opportunities, tax revenue and a reinvestment in Arizona’s Community Colleges as the long awaited, majority acceptance and emancipation of legalizing marijuana— the substance that was incorrectly referred to, more than 40 years ago, as the “gateway drug.”

The researcher, Dr. Denise Kandel, a professor of sociomedical sciences at Columbia University—is the individual who gets credit for coining that phrase (as well as a grant for marijuana research in the early 1970’s)—but Kandel was actually interested about the effects of nicotine and alcohol, but was funded to research marijuana.

In a 2015 NPR interview Kandel explained that four decades ago, there was a demand—even pressure, for a definitive marijuana finding.

“And in those days, you know, you were funded to do marijuana and you were not even supposed to ask about anything else,” Kandel said. “When I did the analysis, I found that there was a certain sequence that young people seem to be following when they got involved in drugs. They did not start with marijuana, but they started with drugs that are legal for adults in the society, such as beer and wine and cigarettes and other forms of alcohol.

Still, many opponents of the recent passage of 207 in Arizona, as well as some in other states that have yet to pass legalized marijuana legislation, are standing alongside the decades old “gateway” label and voice their concerns about the legal accessibility of marijuana for the public at large.

The specific language of the Arizona proposition, the Safe and Smart Arizona Act, legalized the possession and use of marijuana for adults 21 and over in Arizona.

It also changes penalties for illegal possession, lightens penalties for minors, and will fund an estimated $166 million annually into public health, safety and education.

Arizona is one of the latest states to follow the trend towards legalizing cannabis, along with Montana, New Jersey and South Dakota.

After the Nov. 3 general election, all but 15 states have legalized cannabis in some form.

To take things even further, the MORE Act, a federal bill which aims to decriminalize marijuana on a national level, recently passed the House and is on its way to the Senate for approval before potentially reaching the White House.

The federal bill’s stated goal is to “decriminalize and de-schedule cannabis, to provide for reinvestment in certain persons adversely impacted by the War on Drugs, to provide for expungement of certain cannabis offenses, and for other purposes.”

A survey by the Pew Research Center in September 2019 found 67% of adult Americans were in favor of marijuana legalization. Compare that number to 1984, when 84% opposed it. The change in public sentiment could have a lot to do with recreational legalization in Colorado and Washington in 2012.

Northeast Valley News spoke with a local business owner and creator of the podcast, “Cannabis & Coffee,” Latosque Adams, about the passage of proposition 207.

As someone who at first had a “very misconstrued view on cannabis,” Adams said it took a lot to turn him into a loyal “patient.”

Adams felt he had been exposed to a lot of misinformation before first using marijuana.

“I had been taught one side of cannabis,” Adams said.

After struggling with the heavy side-effects of prescription pain pills for a sports injury, Adams sought a “less harmful” alternative to pain management. It was the first time he had used medical cannabis, and he now feels proper education is key.

“First, I think we need to re-educate the people who are educating people on marijuana. They’re still spreading false truths, and that’s gonna keep the system perpetuating.”

Education is not the only path towards acceptance according to Adams.

Like many recent legalization efforts, Proposition 207 addresses expunging criminal records for those jailed due to cannabis-related offenses now covered by those laws.

Adams encourages the public to look back, historically, with regard to criminalizing marijuana.

“There’s a whole other reason why it was illegal anyway; it was meant to demonize a whole race and group of people,” Adams said.

He would like to see a drastic change in public opinion along with antiquated laws.

“You’re now creating a market off the backs of the people, Adams said.  “I know America has done this for hundreds of years, but that time is now over.”

Like it or not — the general population’s collective view on marijuana is evolving and will likely continue to do so.

Opponents of legalized marijuana continue to point to public safety concerns, especially impaired drivers and possible usage by minors, as well as concerns with workplace safety and efficiency with regards to impaired workers as reasons to resist legalization efforts.

Both proponents and opponents of Proposition 207 are prepared to offer statistics, data and research supporting various claims on the legislation.

Most believe it’s just a question of time before legalized marijuana becomes the law across the nation.