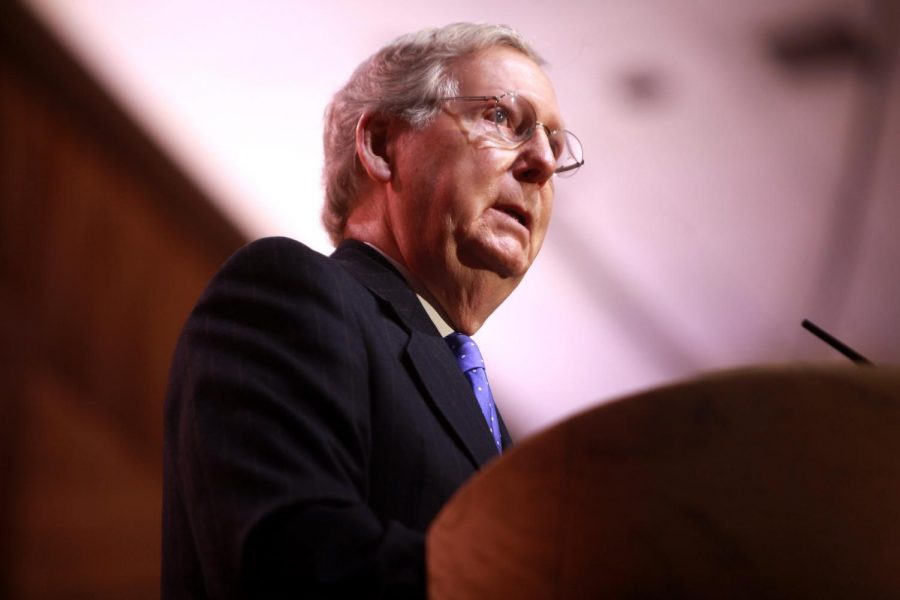 The homes of the leaders of the two houses of Congress, Senate Majority Leader Mitch McConnell and the Democratic Speaker of the House of Representatives, Nancy Pelosi, were vandalized on the eve of the new session and the swearing-in of lawmakers.

According to BBC, police reports state fake blood and a pig’s head were left outside the California home of Pelosi.

Graffiti on the front door of McConnell’s home in Kentucky read, “were’s my money” and “Mitch kills the poor”.

San Francisco Police said they have begun an investigation at the Pelosi residence where they also found graffiti but was covered by black plastic bags, according to BBC.

Pelosi has not provided a comment in regard to the incident.

At the moment, there is a stand-still over the additional COVID-19 relief package that many pandemic-affected Americans are waiting for.

According to the BBC article, the House (Democratic-controlled) voted to increase the one-off stimulus payments from $600 to $2,000 but the Republican-led Senate has not approved the increase, despite President Trump vocally advocating for it.