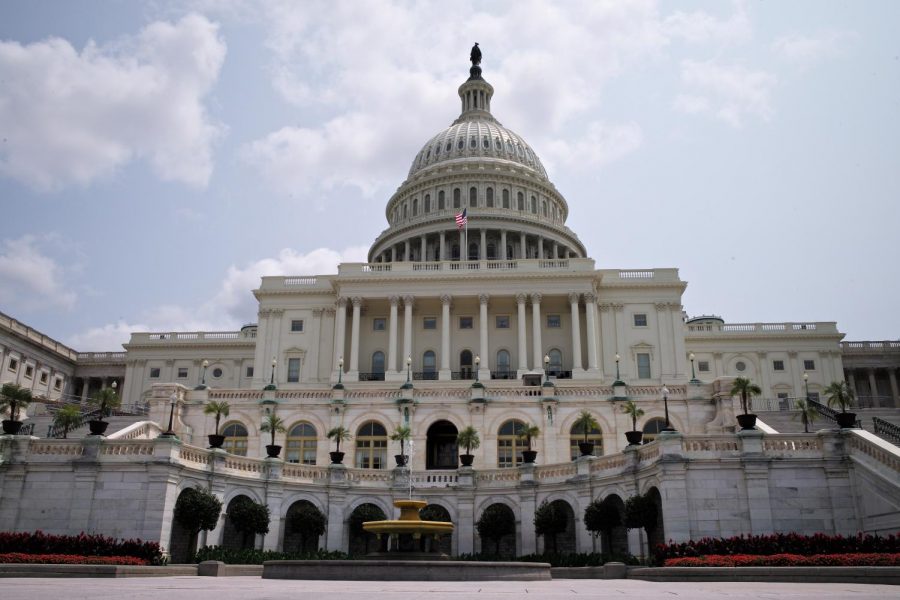 On Wednesday afternoon, an act of domestic terrorism which caused the loss of four lives, played out in and around our Capitol Building in Washington D.C.

USA Today reported that Ashli Babbitt was shot by a member of the Capitol police force inside the Capitol Building.  Rep. Tim Burchett, R-Tenn. texted at 2:55 p.m. that shots had been fired.  Babitt later died from the wound.

Benjamin Phillips, Kevin Greeson and Rosanne Boyland also died from undisclosed injuries resulting from the violent takeover and temporary occupation of the chambers and offices of the House of Representatives and Senate.

A timeline prepared by numerous USA Today writers explains how the chaotic events of the day unfolded.

During a Trump rally reportedly attended by thousands in a park called The Ellipse, the President continued to make false and unfounded claims that the election process was somehow corrupted and the victory stolen by Democrats.

During the rally, Trump declared “enough” and “we will not take it anymore”, he told his supporters that he would be with them and urged them to walk to the Capitol Building.

Around 1:00 p.m. a joint session of Congress began in the House Chamber, where members expected to be part of the final count and certification of electoral votes which would officially document Sen. Joe Biden’s presidential victory in November’s general election.

That session was interrupted and the participants evacuated after rioters broke through police lines and gained access to the room, where moments before, legislators had been attempting to finalize the Biden/Harris victory.

Order was restored following the mobilization of over 1,000 National Guard troops and a 6:00 p.m. curfew imposed by D.C. Mayor Muriel Bowser.

At 8:00 p.m., Congress was able to reconvene and finish the process of certifying the election results.

Fox News reported today that Republican Rep. Adam Kinzinger has called for the 25th amendment to be invoked.  The amendment provides for the replacement of the sitting President to be replaced by the vice-president in the case that they should become unfit to lead or need to be immediately removed from office.