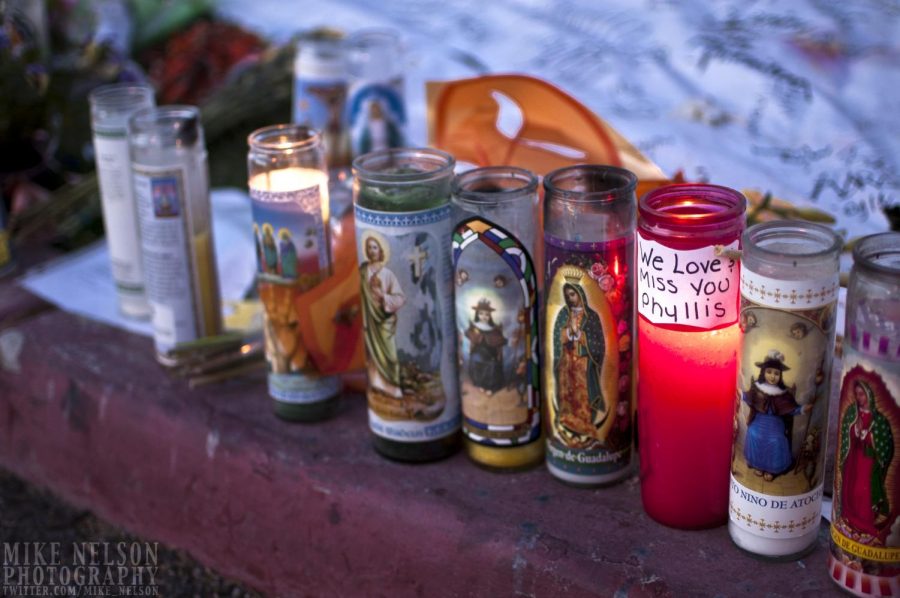 On this date, ten years ago, a truly horrible and tragic event unfolded in Tucson, Arizona.

On Jan. 8, 2011, a member of Congress was holding a constituent meeting in a supermarket parking lot, open to the general public just outside of Tucson.

The event was about to begin.  Dozens of people had gathered around and more were filing in when a gunman suddenly opened fire with a semi-automatic Glock weapon, first striking his intended target, Congresswoman Gabrielle Giffords in her head.

The cowardly gunman then turned on other members of the crowd, shooting 18 people before he was subdued by crowd members as he tried to reload his weapon. Six people died in the attack.

The youngest victim was nine-year-old Christina Taylor Green. Green, who showed a keen interest in politics, was there to meet Congresswoman Giffords. Green was the student council president at her school.  She loved ballet, baseball, swimming and appeared in the book “Faces of Hope” featuring children sharing a notable birthdate — 9-11-2001.

A Federal Chief Judge and friend of Giffords, John Roll, 63, was one of those killed at the scene.

The others who lost their lives were Giffords’ Community Outreach Director Gabe Zimmerman, 30, Chef and grandmother of seven Phyllis Schneck, 79, world traveler and grandmother of three Dorothy Morris, 76, and Church of Christ Pastor Dorwan Stoddard, 76.

The deranged shooter was initially judged mentally unfit to stand trial. Later ruled competent to stand trial, he inexplicably avoided the death penalty and is serving seven consecutive life sentences plus 140 years. Although based on the severity of the crimes, one would expect the perpetrator to be serving his time at a place such as the Federal Supermax in Colorado.  Instead, he is being held at the Federal Medical Center in Rochester, Minn.

Giffords made an incredible recovery and returned to Congress later that year. She ended up resigning to further concentrate on her recovery. She was a key part of her husband Mark Kelly’s run for the U.S. Senate in last November’s election. Kelly has already been sworn in and is ready to go as a member of the 117th U.S. Congress, which begins this week.

Remembrance events are scheduled this week to mark the 10th anniversary of the tragedy.

One such event is today at Tucson’s Presidio Park. Unfortunately, due to the pandemic, proceedings will be closed to the public but will be live-streamed on the internet. There is also a permanent memorial at the park.

The focus of these events will be on remembering and telling stories about the victims, who will never be forgotten, the citizens who stepped in to prevent even further carnage and the survivors like Giffords, who are still battling to make meaningful changes to mental health and gun control laws.