Mitch McConnell retaliates against the freshman Republican, Marjorie Taylor Greene (a QAnon member) for her “loony lies and conspiracy theories” 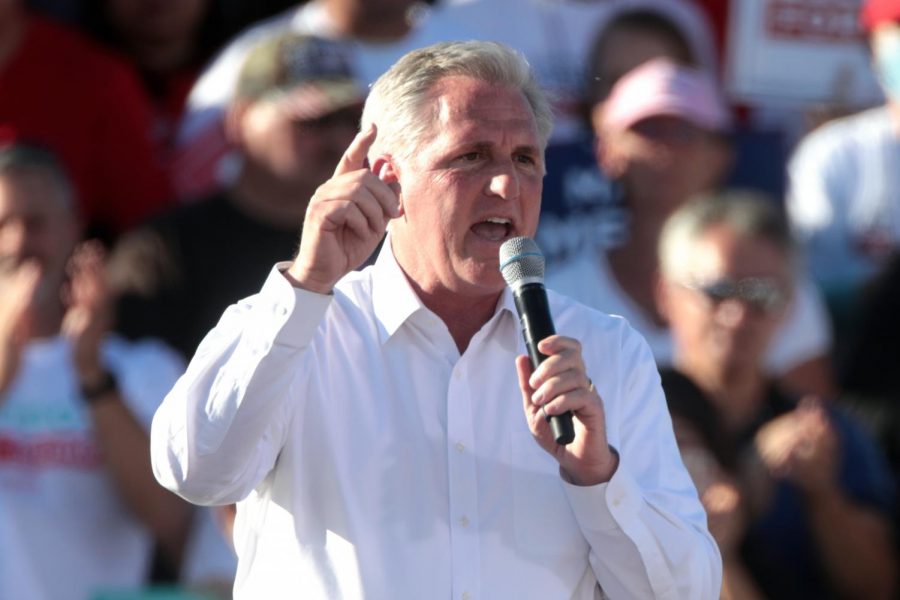 Rep. Marjorie Taylor Greene (R-Ga.) is under fire from Republicans and Democrats for endorsing executing Democratic politicians on social media.

Rep. Green has made statements such as President Barack Obama is secretly a Muslim, and the Clintons killed John F. Kennedy.

In a story published Jan. 26, CNN reports that Greene liked Facebook posts which advocated the death penalty for  Nancy Pelosi for treason and executing FBI agents that she felt were working against former President Trump.

Before CNN published their damning proof of Ms. Green liking hateful posts on Facebook. She posted a tweet about how the “fake news” reporters were writing a “hit piece” on her for political reasons.

In her lengthy tweet about fake news, she fails to mention her conspiracy theories and comments about violence and fails to see the irony of her actions.

Her deplorable comments have put her party in a difficult situation. After months of idle waiting for the problem to resolve itself. Republicans are now facing calls from angry Democrats and Jewish Republicans.

McCarthy’s relaxed temperament in reprimanding Greene after she promoted conspiracy theories, including QAnon, the pro-Trump fringe group. Should be a cause for concern to whomsoever holds democratic values to be true.

In an interview with The Hill, Senate Minority Leader Mitch McConnell stated that “Somebody who’s suggested that perhaps no airplane hit the Pentagon on 9/11, that horrifying school shootings were pre-staged, and that the Clintons crashed JFK Jr.’s airplane is not living in reality”

Although McConnell failed to call out Greene by name but his statements were enough to invalidate some complaints regarding the nonchalance that the Republican party has shown when reprimanding their own.

But the unsatisfied Democrats are threatening to force a floor vote if McCarthy does not remove Green from her spot soon. It is clear that McConnell has been putting pressure on McCarthy to do the right thing, because if the Democrats control the issue it would force the swing districts in their favor.