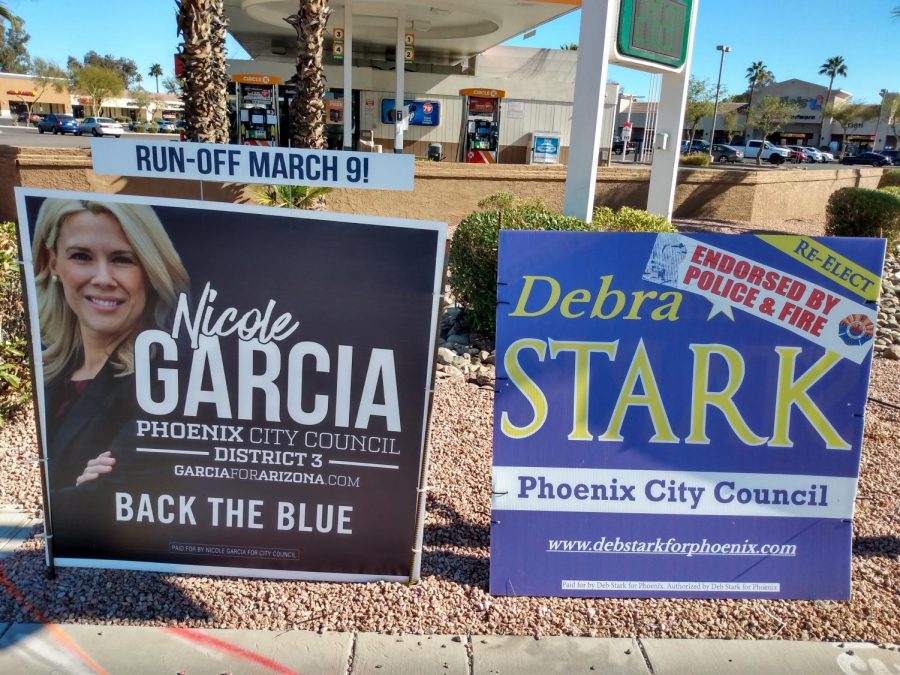 After the contentious and historic general elections that voters just participated in, another important election for Phoenix residents looms large.

Phoenix is now the fifth largest municipality in the United States, employing over 14,000 city workers with a total annual budget of over $4 billion.

Phoenix City Council members have control over the massive city budget, and the make-up of the council should be considered crucial to Phoenix taxpayers. The Council also has the power to levy new taxes or raise existing ones.

Phoenix election law requires a runoff if no candidate reaches 50% of the vote in November’s general election.

On Tuesday, Mar. 9, two of the nine council seats will be filled using the runoff election process.

The two seats on the ballot are District 3, located in north-central Phoenix, and District 7, which is in southwest Phoenix. Voters can follow this link to enter their Phoenix street address and find out which district they are located in.

District 3 pits the incumbent, Debra Stark, against her challenger Nicole Garcia.  Elected to the board in 2016, Stark touts her tenure in government and record of accomplishment on the City Council. Garcia claims advantage in her position as an outsider with experience in administration of both large and small companies.

In a year where funding or de-funding of the police has been a major issue, both feature support for the police on their campaign signs.

The District 7 seat is vacant due to Councilman Michael Nowakowski reaching the three consecutive term limit. Elections are for four-year terms, so Nowakowski can run again in 2024 if he chooses to attempt to regain the seat.

A recent story from Arizona Central identifies both candidates as Democrats.

Estela is endorsed by outgoing Councilman Nowakowski, former Mayor Skip Rimza and the Arizona Police Association among others.  She has reportedly served extensively on the Laveen Village Planning committee and volunteered for numerous Democratic candidates.

Ansari is endorsed by Mayor Kate Gallego, former Mayor Greg Stanton and the AFL-CIO to name a few.  According to Arizona Central, she was an intern for Congresswoman Nancy Pelosi and has experience with national and global climate change organizations.

Complete voter information, including where and when to vote is at a special comprehensive election page on the City of Phoenix website.