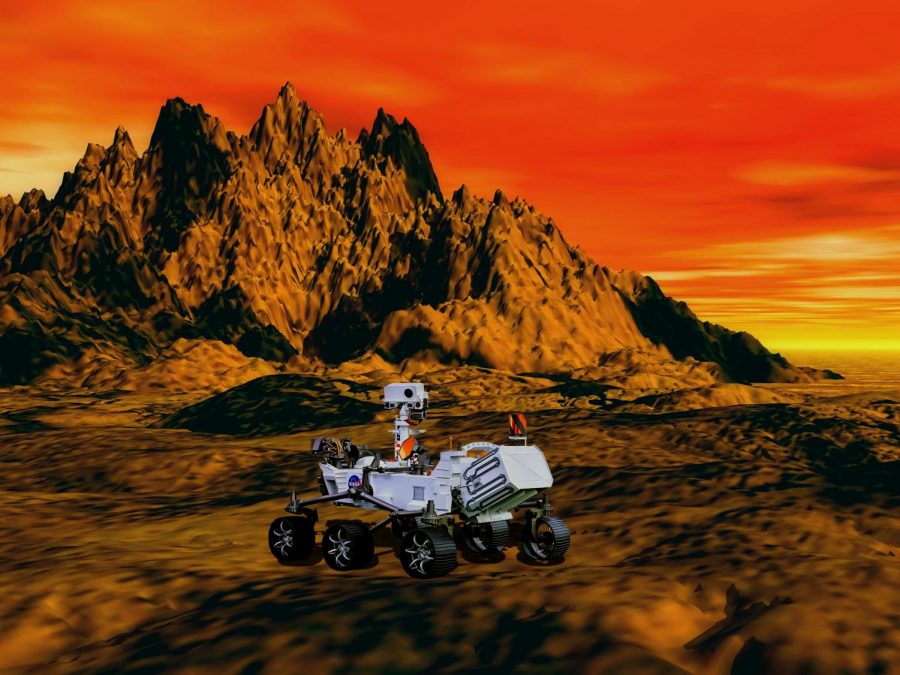 A 3-D image of the Perseverance rover

Last Thursday, a vehicle named Perseverance rolled out across the vast Martian landscape — or at least 21 feet of it.

The NASA rover landed on Mars, Feb. 18.  It is the fifth rover and ninth U.S. spacecraft to make the journey from Earth.

According to the Associated Press, Perseverance drove on the surface of the Red Planet for 33 minutes.  It only went forward a few feet, made a turn and backed up a short distance, but NASA officials were reportedly happy with the short test drive and have made several more excursions.

Curiosity, Opportunity, Sojourner and Spirit are the other four NASA Rovers to have explored portions of Mars.

Perseverance sports a robotic arm taller than a man for collecting rock and soil samples and a “belly pan” which houses an experimental helicopter.  Part of the rover’s mission over the next few weeks will include releasing the container, allowing the helicopter, dubbed Ingenuity, to explore the Martian skies as well.

Since the short test-drive a week ago, the car-sized rover has been zapping rocks with a laser and analyzing the resulting dust cloud.  The vehicle’s sensitive microphones which have already recorded the Martian wind will also likely be used to provide sound during the flights of Ingenuity.