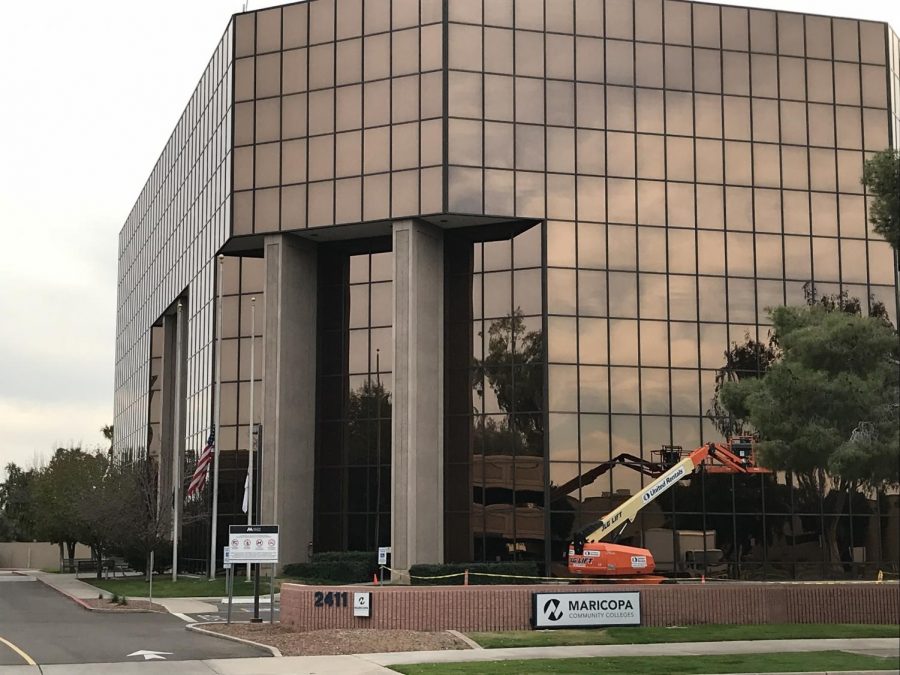 MCCCD shut down their IT systems after "suspicious activity" was detected

What was initially characterized to students as “emergency maintenance” to Maricopa County Community College District IT systems on Tuesday, has resulted in an additional week of spring break, another week of school at the end of the semester and more questions than answers for MCCCD students and staff.

At 2:12 p.m. students who were signed up for RAVE and the Emergency Messaging System received an alert that all IT systems were unavailable and updates would be sent when more was known.

Three days later, on Friday at 7:35 p.m., students received another alert that because of the outage, classes would not resume following spring break until Mar. 29, one week later than originally scheduled.

A communication to students assured them that missed assignments or exams would be rescheduled and grades would not be adversely affected.  However, an additional week will be added to the end of the semester.

In a Friday communication to employees, Interim Chancellor Steven Gonzales indicated that “suspicious activity” was identified and “the suspicious activity appears related to the early stages of a cyberattack”.

According to an Arizona Republic story published Friday afternoon, the district system was compromised in late 2013.  That breach led to the sensitive information of more than 2 million being exposed to hackers.

Students like Emma Daniels from Rio Salado Community College are concerned that the current situation could be similar and wants to know more about the security of her personal information.

“Because of how long it’s taking them to fix the issue and the complete lack of transparency, it leaves me and many other students concerned that our information is at risk,” Daniels told the Arizona Republic.

As of Friday, the district did not know when services would be restored.