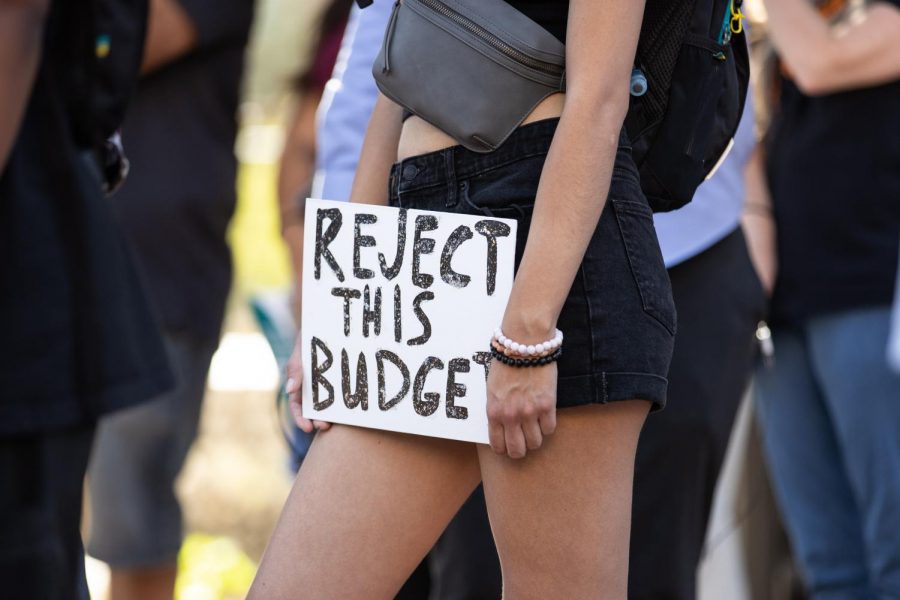 Tuesday, a rally organized by BLM Phoenix formed in front of Phoenix City Hall, to stand against the proposed $43 million 2021-2022 city budget.

Since March, virtual public hearings have allowed community members and leaders to state their concerns and voice possible solutions.

The community groups demanded solutions requiring reallocating funds from the police departments to community programs that could assist with mental health calls.  Some have suggested to cut police department funding all together.

After the hearings, the city made no changes to the draft police budget, according to ABC 15.

A speaker for Poder in Action accused the city council public hearings performative and not actually helping the problem of policing.

“They came back with their supposedly reformed budget based off of what we told them and this new city budget proposal after a month of supposedly listening to the community, still increases the police budget by $40 million while making the bare minimum investments in the services the community is asking for, ” said the spokesperson.

According to a KTAR News statistics, there were 50 officer-involved shootings in 2020 throughout the valley, 26 of them involving Phoenix police officers.

Jeff Barton, assistant city manager, said that in comparison with today, there are 400 fewer officers and less overall spending than in FY2007-2008, before the Great Recession, according to ABC 15.

“In effect, they have been to some extent largely defunded because our population has continued to increase, as well as our calls for service have increased,” Barton said.