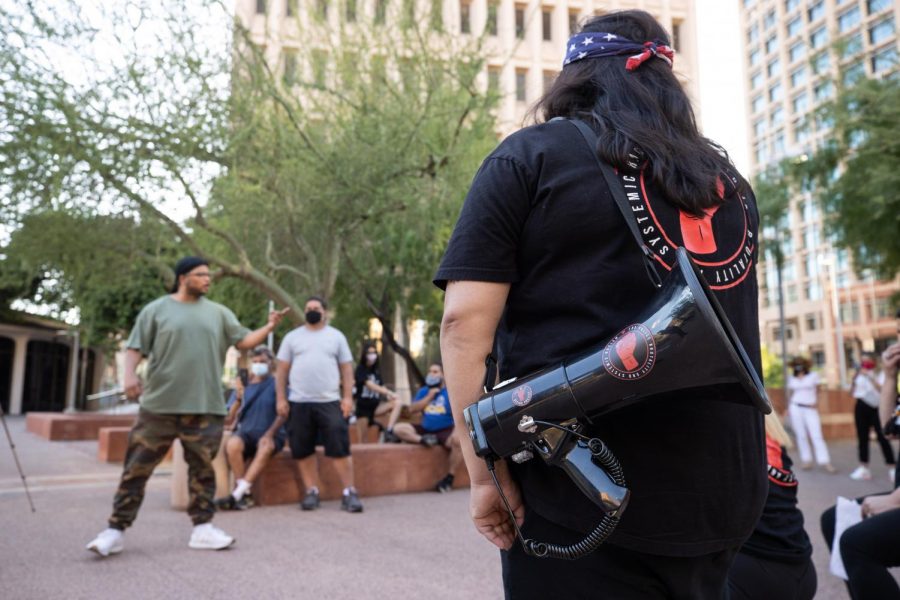 The city’s council decision on the FY 2021-22 budget passed on Tuesday with a 6-3 vote. The groups opposing the budget accuse the council members of being performative and implementing a program that is not what the community has been asking for.

“60,000 calls per year, regarding mental health calls, they wanna throw $15 million to double a department that their research says has 37 minute response time,” said Amy Meglio, organizer of NOCAP and grassroots law project.

CAP is a $15 million investment “improving accountability, transparency, responsiveness and trust in public safety,” according to a statement from Phoenix Mayor Kate Gallego.  The CAP funding is part of a $20.5 million budget item for Public Safety Reform & Responsiveness.

The rally centered around how mental health calls are being met by reactionary police who resolve the interactions with violence.

NOCAP wants to mimic the Crisis Assistance Help Out On The Streets (CAHOOTS) program implemented around 30 years ago in Eugene (Ore.) The program started in 1989 with a well-used, second-hand van to respond to calls from emergency dispatch that required assistance but not law enforcement, according to The Register Guard.

About 20 cities have contacted the program to follow this model because of the progress they have shown.