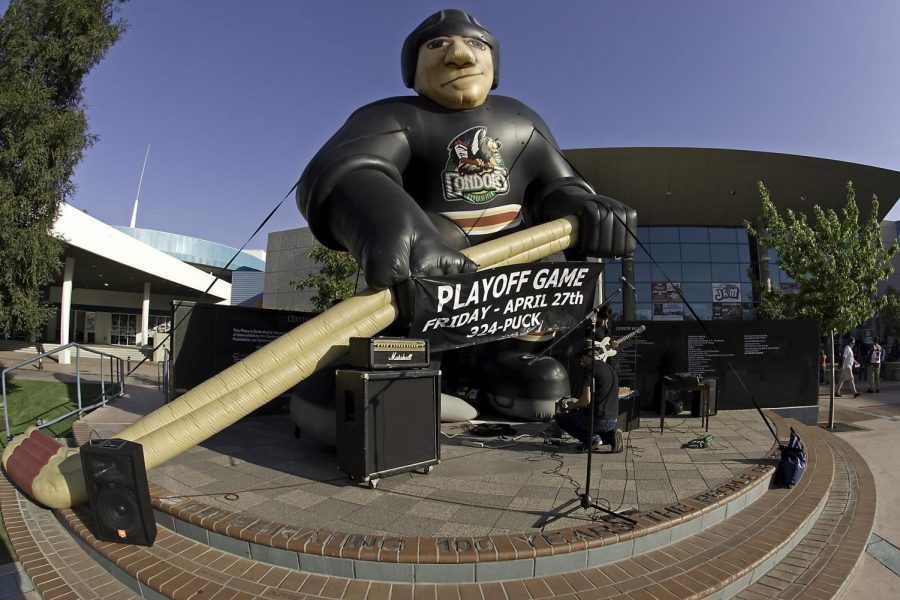 The 2021 AHL season culminated in a deciding game-three on Saturday, as the Bakersfield Condors defeated the Henderson Silver Knights to claim the Pacific Division Championship.

Normally, much like the NHL, the season would end with eight teams from both the Western and Eastern conferences facing off in best-of-seven series until a single Calder Cup Champion was crowned.

This season, due to COVID-19, the league allowed each division to choose how they would decide their individual champions, with no overall titleholder.

The Pacific Division was the only of the five divisions to decide their winner in a tournament, a best two out of three series that began on Wednesday.

The Atlantic, Central, North, and Canadian Divisions all decided their winners based on whichever team finished the season with the most points, and at the top of the division standings.

Saturday’s game-three was sure to be action packed, and it didn’t disappoint.

The game was scoreless going into the second period, until Dylan Sikura got a ricochet off the boards from Cody Glass, and walked to the front of the net, putting the puck past Condors goaltender, Stuart Skinner to open up the scoring 3:37 into the period.

Bakersfield would respond in kind — not once, but twice, in the second frame.

Jacob Stukel tied the game when he deflected Michael Kesselring’s shot past Knights goaltender, Logan Thompson 12:31 into the period.

Later, Adam Cracknell won a faceoff and gave the puck to Kevin Gravel.  Gravel played it into the far corner where Philip Kemp snagged it and tickled the twine with just less than five minutes left in the period for a 2-1 lead.

The scoring continued in the third when Henderson defenseman Kaedan Korczak responded for the Silver Knights 5:40 into the period. The Knights caught the Condors in a line change and Lucas Elvenes kept the puck in the zone, playing it out to Korczak at the blue line, where he took a shot that wound up tying the game 2-2, with 14:20 left to go in regulation.

The game would only remain tied for 3:11, when Tyler Benson netted what would prove to be the game-winning goal.  Cooper Marody, third in points for the Condors, started the play by dishing the puck to Benson in front of the net who sealed the deal for Bakersfield.

The Condors claimed the division title in a shortened season, and likely hope to carry that momentum into next year.

The league anticipates beginning the 2021-22 season by October 15.