Some residents, livestock forced to evacuate 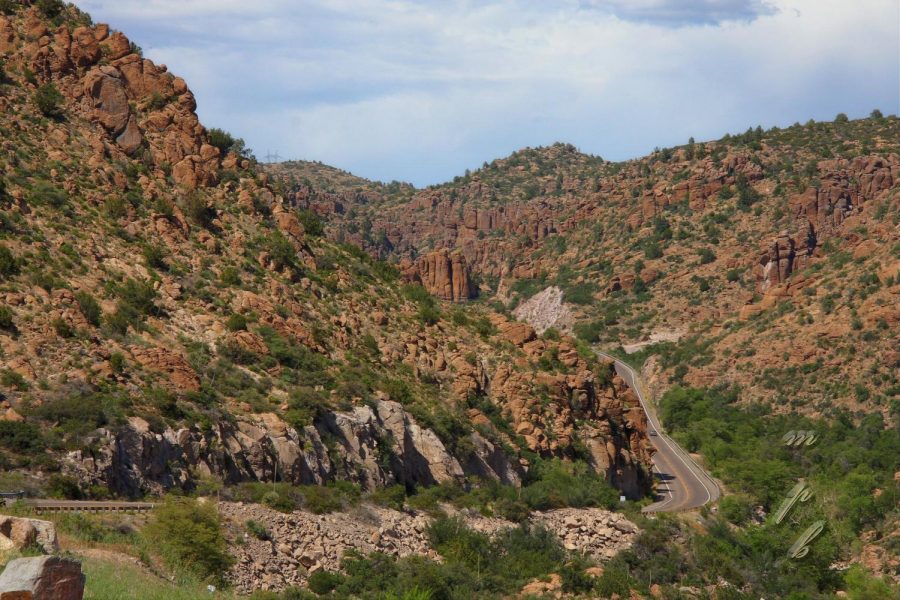 U.S. Hwy. 60 is containing the Telegraph Fire near Globe, Ariz.

The Telegraph Fire, at nearly 72,000 acres, is the larger and seemingly less contained of the two.

On Tuesday morning, it was burning less than a mile from the Top-of-the-World, just to the southwest of the town of Miami, in a wilderness area characterized by rugged terrain and few roadways.

According to InciWeb, the human-caused fire started on Jun. 4 and is burning in a northerly direction.  The fire’s progress is being checked, for the most part, by U.S. Hwy. 60.  Although, embers reportedly lofted over the highway and started a fire north of Pinal Creek Bridge.

Fire officials plan to hold the blaze south of Hwy. 60 and halt its northerly progress before reaching Globe.

It is expected that the fire will continue to follow isolated draws to the south until crews are able to gain containment sometime around Jun. 20.

The Mescal Fire started June 1 and has burned approximately 67,000 acres of similarly rugged terrain directly to the east of the Telegraph Fire on the San Carlos Reservation.

Over 650 personnel have the fire 12 miles southeast of Globe and seven miles northeast of Dripping Springs, 23% contained.

Crews are keeping the fire from crossing U.S. Hwy 70 to the north.

Thankfully, it was deemed safe for residents of San Carlos to return home today.

The rough terrain, along with dry, gusty, winds have prompted fire officials to call for additional resources to help fight the blaze.