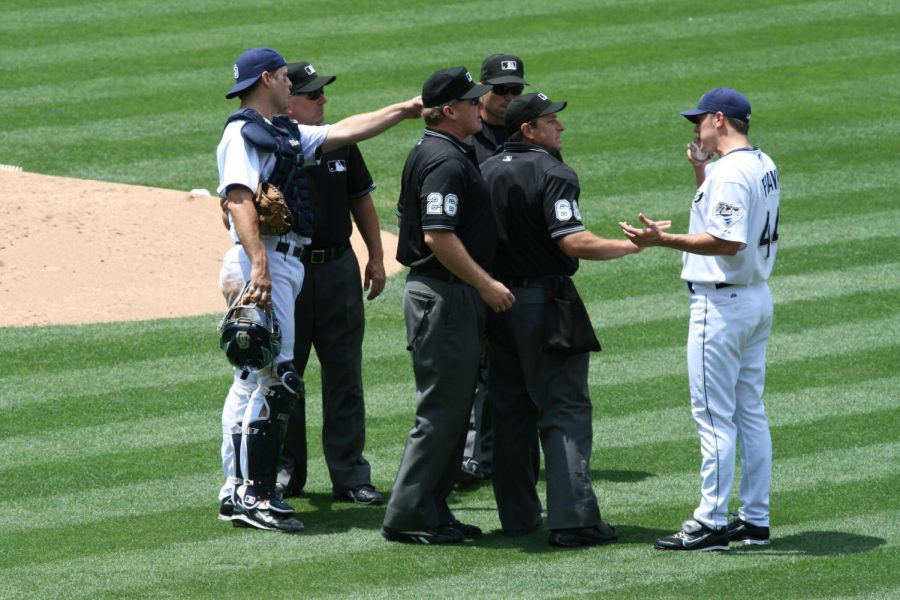 Earlier today, MLB announced they will begin suspending players for using foreign substances and provided details about their plan for enforcement.

Anthony Castrovince reported today for mlb.com that the league will institute its new policy regarding grip enhancing foreign substances beginning next Monday.

“After an extensive process of repeated warnings without effect, gathering information from current and former players and others across the sport, two months of comprehensive data collection, listening to our fans and thoughtful deliberation, I have determined that new enforcement of foreign substances is needed to level the playing field,” Manfred said.

In previous years, umpires have stopped games, and made a visit to the mound to inspect a pitcher that appeared to have a foreign substance, or grip enhancer, visibly present on their person.

However, so far this season, most pitchers who have been discovered using Spider Tack, have had their cover blown by the television broadcast.  It has been the camera that has caught the presence of a substance on a pitcher’s mitt or the bill of their cap — not the umpire.

So, what does the ban mean for players?

According to MLB – a 10-day paid suspension and promised regular inspections by umpires of both starting and bullpen pitchers during the game.

Even with the league’s newly announced sanctions against foreign substance use – some questions still remain.

Will the league be diligent throughout the season and playoffs or will offending pitchers just temporarily stop using foreign substances until the topic blows over?

Why did the MLB take so long in creating a suspension for the use of foreign substances, and how often will we see suspensions handed down?

Will a rash of suspensions and the subsequent shortening of pitching rotations lead to more injuries?

“This is not about any individual player or club, or placing blame.  It is about a collective shift that has changed the game and needs to be addressed,” Manfred said in the statement.  “We have a responsibility to our fans and the generational talent competing on the field to eliminate these substances and improve the game.”