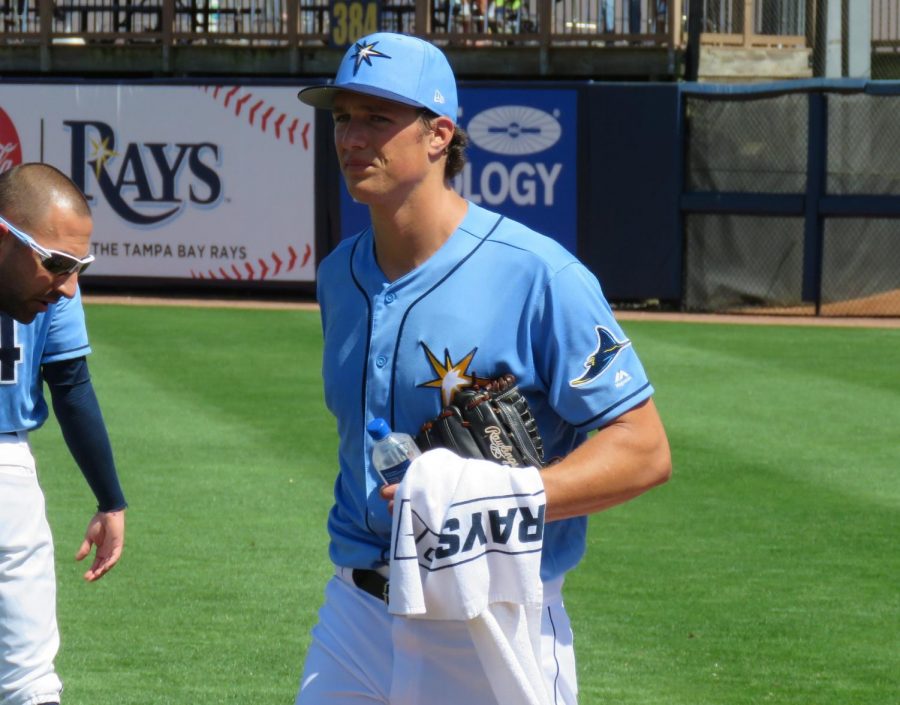 Not surprisingly, a loophole may have already opened in the case of MLB vs “Sticky Stuff”.

Earlier this week, MLB distributed a memo to all teams, stating that a new league rule will be enacted starting Monday, June 21, as part of the league’s attempt to deter the use of foreign substances by pitchers.

Tampa Bay Rays ace and AL Cy Young favorite, Tyler Glasnow, was removed from the White Sox game on June 15 after said he felt something pop in his arm.  A medical examination later revealed he has a partial tear of his UCL and a flexor tendon strain.

He confessed to using foreign substances in his postgame press conference.

“I have used sticky stuff before… my substance of choice is sunscreen and rosin… something to where I can get a grip on the ball so it doesn’t feel dusty,” Glasnow said.

Earlier in the press conference Glasnow said that he quit using the sunscreen/rosin method in preparation for Monday’s initiative.  He claims as a result of not enhancing his grip, he had to squeeze the ball harder and position it differently in his hand and that the new rule, “100%… contributed to me getting hurt.”

The league’s sudden crackdown on an ages-old subject allows enough gray space for pitchers to find a way to improve their grip on the ball in a completely legal way.

According to the league’s statement, MLB will continue, as it has in the past, to provide a rosin bag at the back of the mound for each game.

Rosin is “used by pitchers to improve their grip on the baseball and keep their hands dry”, as posted in a description by Baseball Reference.

However, the rosin bag can be used to create a very sticky grip just within two fingers, as Pedro Martinez showed on MLB Tonight.

“You can use the rosin bag and burn it… and still feel like you can actually rub a little bit of stickiness in your fingers,” said the Hall of Fame pitcher with a career spanning 476 starts and a 219-100 record.

Trevor Bauer, Dodgers pitcher and frequent critic of the MLB and Commissioner Rob Manfred himself, posted a video to Twitter showing him squeezing a ball and it sticking to his hand.  He posed the question, “Is this legal, or is this illegal?”

Bauer would later retweet the tweet and explain that he had “created” the stick “by mixing sweat and rosin together.”

This is where the gray line is formed.

According to the statement posted by the league the ban applies to all foreign substances.

A rosin bag provided by to the pitcher by the league is not foreign.

How will the league react if pitchers begin to use the rosin and sweat method?

Will a player be suspended if they wipe their brow and then go for the rosin bag?

Could the league force players to dry their hands before going to the rosin bag?

The answers to these questions and more will presumably be revealed starting Monday.

Beginning then, pitchers who use “sticky stuff” will be sweating it out – in a couple of different ways.