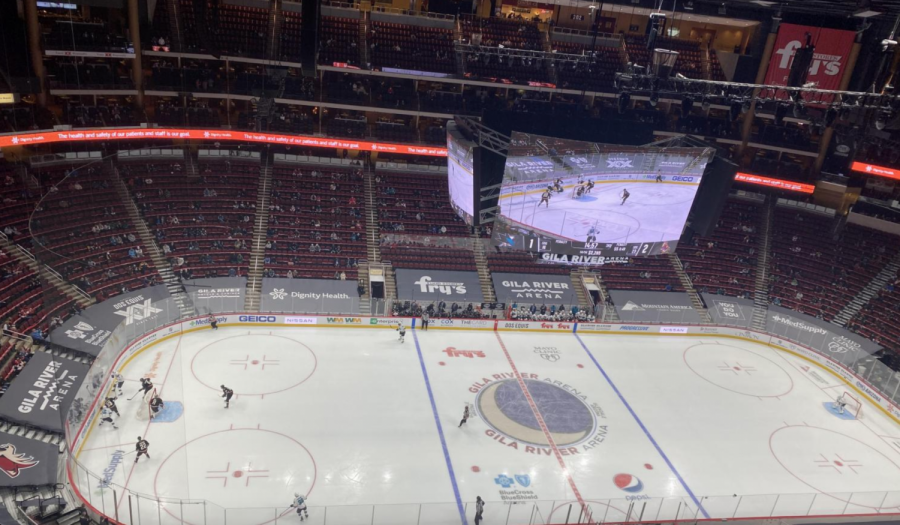 Dylan Guenther could be playing in Glendale as soon as next season.

“With the ninth overall pick in the 2021 NHL Entry Draft, the Arizona Coyotes select…”

The Arizona Coyotes, who previously had forfeited the 11th overall pick in this year’s draft, moved back into the first round hours before the event began Friday with a dramatic trade that sent captain Oliver Ekman-Larsson to the Vancouver Canucks. The Canucks sent back the ninth overall pick, which the Coyotes then used to select the 18-year-old Guenther.

Guenther played 78 career games for the Oil Kings, and he netted 41 goals with 46 assists for 87 points. He was ranked as the “No. 5 skater in North America by NHL.com, and the No.6 overall prospect by Sporting News.” In addition, Guenther played for Canada’s under-18 team at the World Junior Classics in 2021 and notched seven points in seven games on the way to a gold medal.

Guenther, who was an alternate captain with the Oil Kings, was deemed the “NHL Draft’s Most Well-Rounded Forward” after his contributions in Edmonton. NHL Central Scouting’s John Williams highly praised the young playmaking forward on an episode of the NHL Draft Class podcast, saying:

Williams went on to compare Guenther to Vegas Golden Knights forward Max Pacioretty, who is regarded as an elite NHL player.

“Similar size kid…I think he’s got that sort of potential.”

The Coyotes will look to add more players to the farm system, as general manager Bill Armstrong will have eight more selections in the seven-round draft.