The Coyotes brought in another Doan on the draft's second day 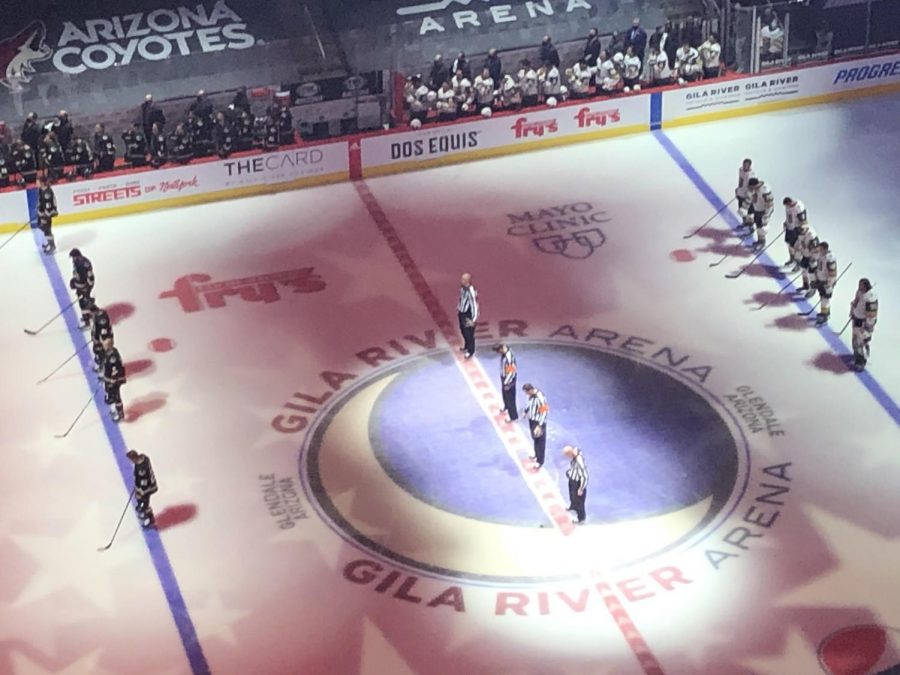 To start the second round, bright and early Saturday morning, the Coyotes used the 37th overall pick to draft a young man named Josh Doan.

If that name sounds familiar to Coyotes fans, it should. Josh Doan is the son of a team legend: former long-time captain Shane Doan, who played for the franchise between 1995 and 2017.

The younger Doan is a 6-foot-2-inch forward who played for the USHL’s Chicago Steel. In his two seasons with the Steel, Josh Doan accumulated 36 goals and 48 assists, and he has won praise as a “hard-working, 200-foot player that is everywhere on the ice.” He also is said to have “a high-end hockey IQ, as well as good forechecking abilities and defensive habits to stop a rush.”

Josh Doan is now on his way to Arizona State University to continue his development under head coach Greg Powers.

Ilya Fedotov, Manix Landry, and Sam Lipkin were the other forwards Armstrong picked, as he used the 43rd, 139th, and 223rd overall picks on these players.

Fedotov has been playing in Russia’s Kontinental Hockey League, where he posted 18 goals and 20 assists in 54 games during the 2020-21 season with Chaika Nizhny Novgorod.

Landry, from the Gatineau Olympiques of the Quebec Major Junior Hockey League ,netted 29 goals and 48 assists across 145 games spanning the 2018/19 through 2020/21 seasons. He registered two assists in four QMJHL playoff games last season.

Lipkin, a teammate of Josh Doan’s with the Chicago Steel, appeared in 34 games for the team and amassed three goals and eight assists before moving to the New Jersey Rockets during the 2020-21 season, where he scored 12 goals with 13 assists. Lipkin is set to begin his college career at Quinnipiac University in 2022-23.

Defensemen Janis Moser, Emil Martinsen Lilleberg, and Cal Thomas were selected 60th, 107th, and 171st overall respectively. Moser and Lilleberg represented their respective countries in the IIHF World Championships — the former landed two assists in seven games and two penalty minutes for Switzerland, and the latter had one assist with 14 PIM for Norway.

Thomas, from Maple Grover High School in Minnesota, appeared in 23 games last season, when he notched five goals and 21 assists. He will begin his college career with Vermont in 2022-23.

Finally, the Coyotes used the 122nd pick on goaltender Rasmus Korhonen out of the Finnish Elite League, where he posted a 2.18 goals against average and a .908 save percentage.

The Coyotes now look forward to training camp and the beginning of their season, which will start in Columbus on Oct. 14 against the Blue Jackets.