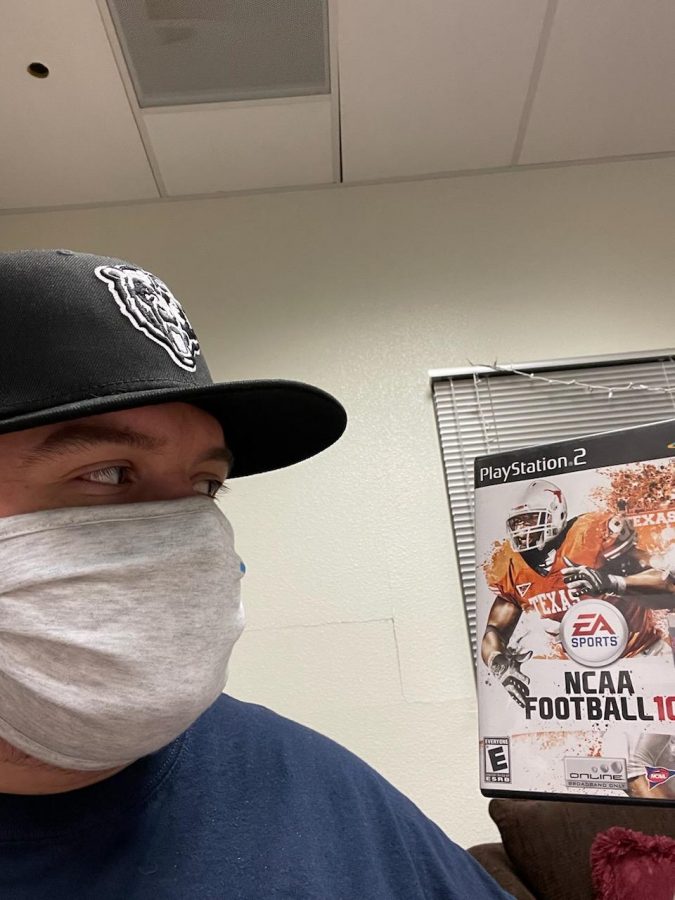 Mackey with his new used copy of one of the greatest college football video games ever...NCAA 2010

The podcasts on nevalleynews.org contain the personal opinions of both host and guest.  Those opinions do not necessarily reflect the opinions of nevalleynews.org, Scottsdale Community College or Maricopa County Community College District.  We encourage discourse from all viewpoints and invite you to voice your opinion about any of our content by using the comment box below each story.

The Mack is back this week!

Listen as the guys grade Sunday’s back-up quarterbacks in the NFL.

Ole’s top-5 games of the week in college football and “tipping the teacart” debuts during 2nd Down.

For 3rd Down, Mackey attempts to describe his disappointment in Justin Field’s first start in Chicago.

Foday stokes the fires of debate during 4th Down by bringing up the issue of college players getting paid for their name, image and likeness.