Polls show many Americans in favor of no-fly zone, but most do not fully understand the ramifications of imposing this order 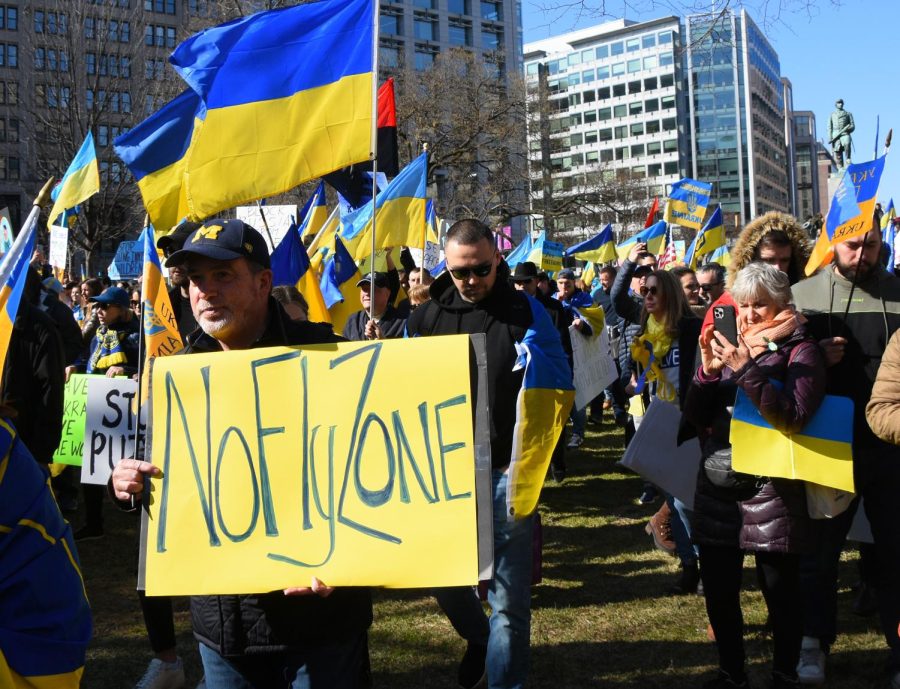 Protests Against War in Ukraine

According to two recent reputable and long-standing polls, a large number of Americans are in favor of imposing a no-fly zone over Ukraine— but they are against putting boots on the ground.

A poll conducted by Reuters/Ipsos show that nearly 74% of Americans are in support of the United States and NATO establishing a no-fly zone, while a lesser known poll, YouGovAmerica poll shows that 45% are in favor and 35% are undecided.

These results come as Ukrainians enter Day 13 of the Vladimir Putin led invasion and President of Ukraine Volodymyr Zelenskyy calling on their allies to enforce an NFZ.

Reuters did specify however that, “It was not clear if respondents who supported a no-fly zone were fully aware of the risk of conflict, and majorities opposed the idea of sending American troops to Ukraine or conducting air strikes to support the Ukrainian army.”

To set the record straight, a no-fly zone and boots on the ground are essentially the same. Each requires sending foreign soldiers, whether in the air or on the ground, to fight Russian occupants. This would be seen as a direct escalation of conflict by the Russian government, plunging the World further toward nuclear catastrophe.

“What we’re trying to do is end this war in Ukraine, not start a larger one,” Secretary of State Antony Blinken told Chuck Todd on NBC’s “Meet the Press”.

President Biden has been firm on this position as well.

“What that would require, is, implementation by the U.S. military. It would essentially mean the U.S. military would be shooting down planes, Russian planes. That is definitely escalatory. That would potentially put us into a place where we’re in a military conflict with Russia. That is not something the President wants to do,” White House Press Secretary Jen Psaki told MSNBC.

It is important that Americans understand the terminology as well as severity of the situation with getting involved in any conflict. The results and implementation of a no-fly zone are identical to that of putting boots on the ground—that’s where the confusion lies with many people.

We’ve seen this before in both Libya and Syria to name a few. The political spin used by those in power led many to believe that these no-fly zones were different from traditional ground combat.

But even from some traditional, “hawkish” politicians, what this would entail, could mean much more than what Americans want.

“People need to understand what a no-fly zone means. It’s not some rule you pass that everybody has to oblige by. It’s the willingness to shoot down the aircraft of the Russian Federation,” Senator Marco Rubio told ABC.

This, a stark difference from his stance in 2011 toward Libya and 2015 on Syria.

As it stands at the moment, a no-fly zone is looking less likely by the day, but the U.S. along with Poland, is considering providing equipment such as fighter jets to Ukraine.