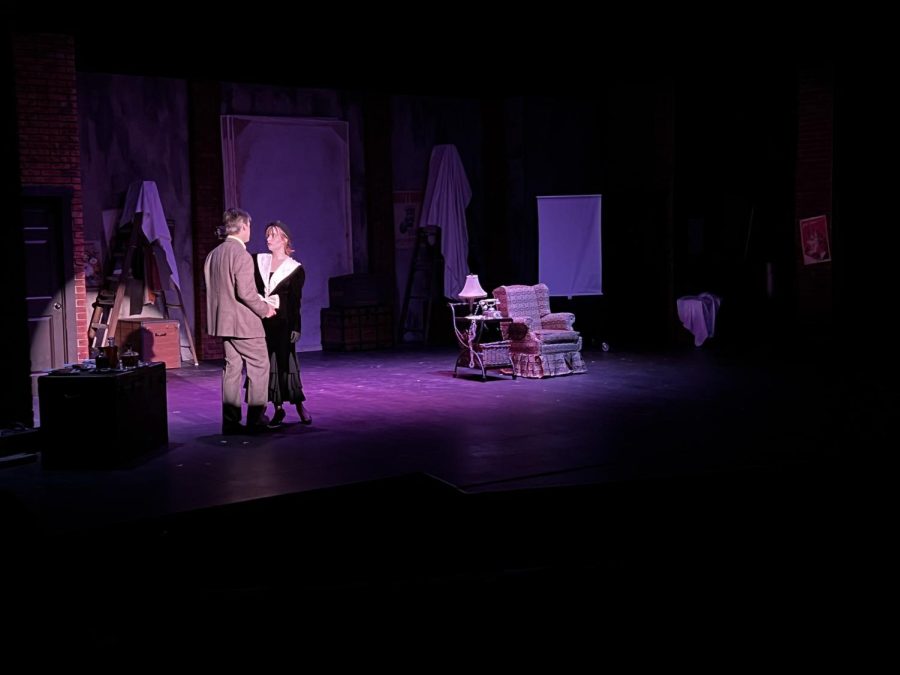 Nick Loope and Ashley Thomson in "The 39 Steps"

The SCC production of “The 39 Steps” takes place in Europe, London and Scotland with the main character Richard Hannay, (played by Nick Loope) trying to elude police as well as the so-called spy organization, The 39 Steps, as he is accused of a murder he did not commit. Hannay’s main goal throughout the play is to uncover The 39 Steps with the hope of proving his innocence.

What needs to be stated, is the incredible aspect of every performance on stage.

From the intricate and nostalgic sets to detailed costumes and amusing quick changes, this play was the culmination of what makes the theater so enjoyable.

SCC Theater Department Head and Director Don Williams met the challenges of this production and in a statement written in the playbill spelled out the complexity of this play.

“What happens when you mix Vaudeville, Hitchcock, Monty Python and a theatre company trying to do something ‘completely different’? You get the 39 Steps,” Williams wrote.

The most disappointing aspect of this production is that the audience was robbed of three additional performances originally scheduled but with the ongoing Covid-19 pandemic there was an unfortunate setback. A March 4 opening night was moved to March 11. But even with the delay and limited performance the actors did not miss a beat on opening night.

This isn’t a production that every troop can master on the stage.

A meager cast of five actors playing 50 roles and portraying each character as though they had lived them all for years is not easy.

Maez, Sines, and Yanofsky were all tasked with playing the remainder of the 46 characters, even having to switch characters while on stage with some creative quick changes. Loope and Thomson each played main roles with all of Thomson’s characters serving as a catalyst to further the story and push Loope’s character further toward discovering the mystery surrounding, The 39 Steps.