Trump’s base of supporters, including the “news” organization most friendly to Trump— continue to promote a Russian friendly manifesto 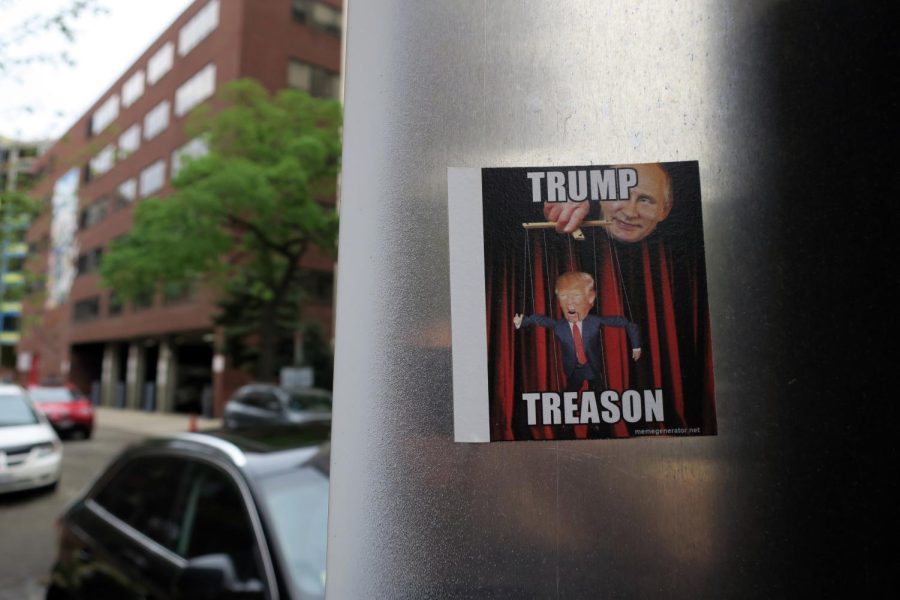 After Russian president Vladimir Putin threatened to mobilize nuclear weapons against Ukraine— an obvious threat of deterrence to NATO allies, including the U.S.—nations across the globe reacted with shock and defiance of Putin, including many in his own country who protest at great risk.

The majority of Americans are sickened by the attack on an independent sovereign nation and see the Ukraine leader as a hero—one willing to stand up against a Putin “Goliath.”

Since the initial attack along with the daily unfolding of horrific assaults on live television against Ukranians, Putin has been stepping up his military power and employing some of Russia’s most devastating weapons—many just shy of nuclear horror, including threats of chemical and biological weapons.

“When people encounter something they’ve never seen before, they fall back on what they know or introduce frameworks that feel more comfortable than uncertainty. The nuclear-deterrence-theory jargon such as, “mutually assured destruction” fills social media feeds, and old theories about Soviet foreign policy drive American policy debate.”

Historically, Russia and the former Soviets have used threats of nuclear war and that strategy is clear—to shake the world into submission or, “We should do nothing more to help the Ukranians— lest is trigger World War III.”

For Trump’s part, and despite the current war Russia has waged against a sovereign country -his defense of Putin remained steady, but the pressure mounting against Trump to rethink is building.

The relationship with Trump and Putin has long been established in his public approval of the Russian leader before, during and Trump was in office and has continued.

And Trump supporters continue to bow down to their idol and follow his lead.

Still, for Trump, there’s considerable outrage by the majority of Americans and indeed, people across the globe—and this has forced Trump to “restate” and clumsily try to explain his long-standing admiration for Putin.

But Americans aren’t buying it.

“It’s known that Trump’s fixation with Russia has a long, well-documented history dating back to the mid-80s. Trump sought not only to become a plenipotentiary ambassador to Moscow in 1985 (true story, according to Nobel Peace Prize winner Dr. Bernard Lown), but he’s also been unabashed about his desire to build a Trump Tower there for decades. During the 2016 presidential campaign, the Trump Organization was allegedly prepared to give Putin a $50 million penthouse in the tower if a deal was struck.”

It’s also noteworthy that Trump has repeatedly taken a page out of Putin’s autocratic playbook as evidenced when early in his leadership he attempted to keep certain media from White House briefings and publicly criticized legitimate news organizations that dared to question or criticize him unfavorably.

Historically, the first line of order for dictators is to silence the free and independent press and quell truthful, public information.

And Putin has now effectively closed down all long-standing independent Russian news sources except the state-owned and approved media.

Trump went as far as to mock the late Senator John McCain’s capture during the Vietnam War.

McCain, a true war hero, was a frequent critic of Trump and often answered Trump’s insults with his own quick and harsh criticism—and when Trump tried to silence the American media that questioned Trump’s leadership, in any way, McCain publicly defended the media and warned Trump against defying the First Amendment.

In fact, Trump has questioned his own U.S. military intelligence agencies comparing more favorably with autocrats and dictators.

But the brutal invasion of an independent country has now challenged the repeated Trump talking points of “America First.”

Even as Donald Trump continues to proclaim a presidential run in 2024 and rallies his followers with the unevidenced claim of a fraudulent election after a substantial loss to Joe Biden—many in his party are finally beginning to question his stability and motive to lead.

Northeast Valley News questioned individuals during an unscientific poll just outside of the downtown Phoenix Library and asked, “If you voted for Donald Trump before, would you vote for him in 2024?”

“I would have at one point,” said Carolyn Schott, a long-time Valley resident and a Republican, “But I have changed my party affiliation to Independent and Trump, to me, is now a traitor and is responsible for treasonous acts because of the Jan. 6 invasion.”

“No, absolutely not,” said Stephen Garcia a former Trump supporter.

Most polled echoed these same sentiments although one resident said they would still vote for Trump—but would not go on the record with their name.

Trump is increasingly adding to those who question his leadership over the unapologetic praise of Putin.