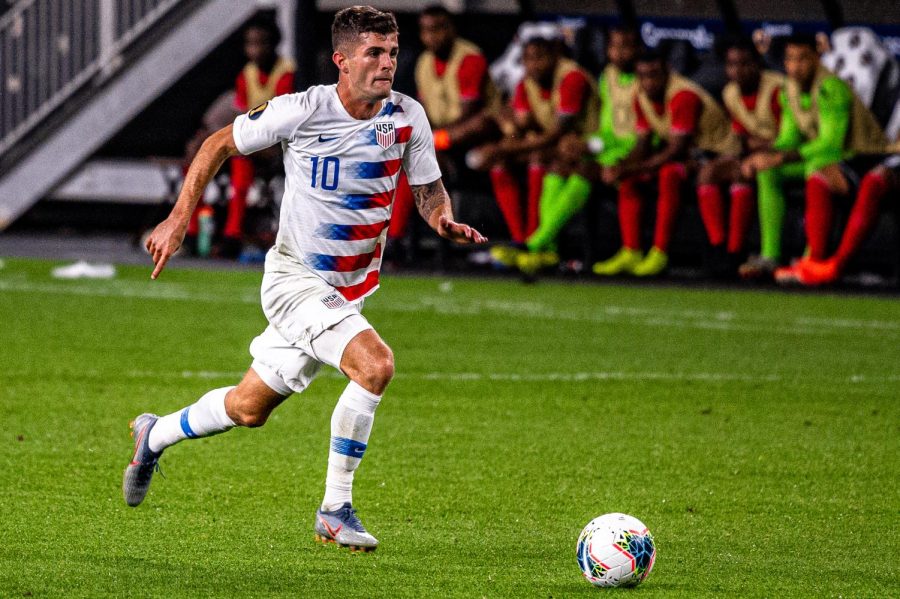 Christian Pulisic during USMNT vs. Trinidad and Tobago

There’s a lot going on in the sports world.

The return of Major League baseball, the NHL and NBA playoffs, and even the NFL draft are all just around the corner.

Not to get lost in the shuffle is World Cup qualifying.

Going into the game, the United States had a large margin for error.  To be specific, as long as they avoided a six goal defeat they would qualify for the World Cup, scheduled for Nov. 21 through Dec.18 in Doha, Qatar.

Even with a six-goal buffer, USA decided to take no chances and continued to play their regular, full strength, starting lineup. It included such stars as Christian Pulisic and Tyler Adams, but was lacking Weston Mckennie due to an injury he picked up while playing for his club, Juventus, in Italy.

Even at full strength, team USA lost 2-0 to Costa Rica, leaving a bittersweet taste for the players who were wanting a win despite officially qualifying for the team’s first World Cup since 2014.

With the game over and USA officially qualifying, all that was left was the World Cup group draw which took place two days later, on April 1.

During the draw, teams who have qualified find out which teams they will play in the opening group stage of the World Cup.

It’s likely that a young team like USA, with very little World Cup experience, was hoping for an easy group with weaker teams.

That being said…they probably did not get as lucky as they were hoping for.

USA was drawn in group B, along with powerhouse England, an obviously tall hurdle.

The rest of the group includes another young and upcoming team in Iran, and whomever wins the play-in tournament between Ukraine, Scotland and an always strong team from Wales.

In a recent press conference with ESPN via Zoom, USA men’s head coach Gregg Berhalter was very clear in his goal ]of getting into the knockout stage of the tournament.

“I didn’t want to paint it as we have low expectations because that’s not the case at all,” Berhalter said.

USA is scheduled to play their first match against the aforementioned winner between Scotland, Wales and Ukraine on Nov. 21.