Canucks take Ekman-Larsson and Garland’s return to the desert 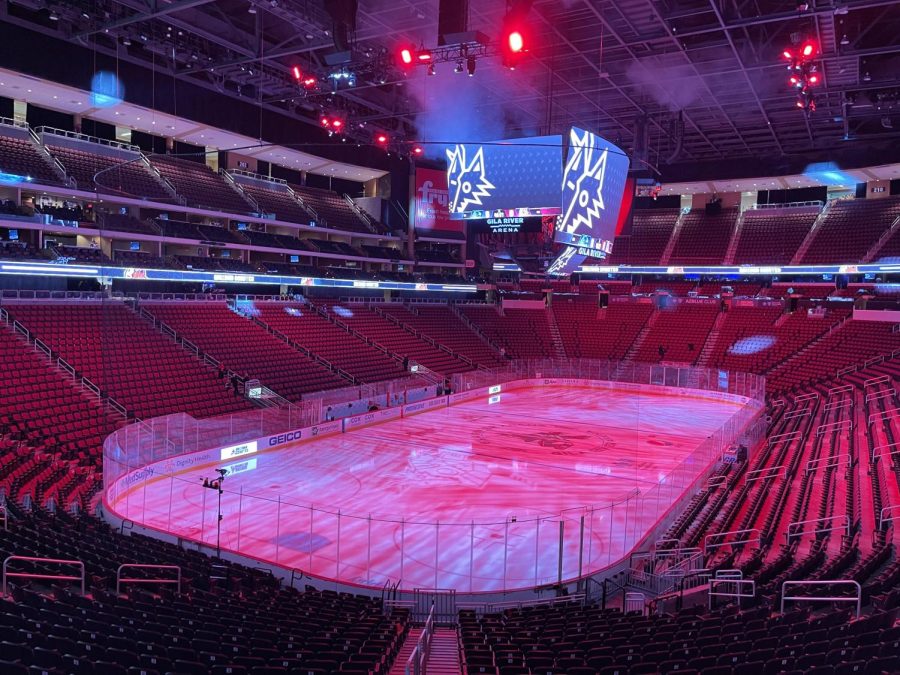 The Coyotes dropped Thursday's affair to the Canucks at Gila River Arena.

Thursday night’s affair between the Arizona Coyotes and Vancouver Canucks was the Coyotes seventh to last game at Gila River Arena.

Familiar faces were in the building as Conor Garland, Oliver Ekman-Larsson, and Brad Richardson made their returns to Glendale for the first time since this offseason, when Garland and OEL were traded, and Richardson signed with the Canucks.

Harri Sateri landed his first start for the Coyotes since being acquired off waivers at the Trade Deadline, and Jaroslav Halak was his opposition at the other end.

The first period had a lull to it, as the only action early was a penalty on Shayne Gostisbehere for holding.

The Canucks took full advantage as Elias Pettersson and Bo Horvat set Alex Chiasson up on the power play at 3:12 of the first period, 1-0 Canucks.

The remaining minutes of the period were quiet on the action front, and the Canucks took the lead to the lockers, in both shots and goals.

The second period told the same story as the first, early goals by the Canucks, as they scored twice in a 1:30.

The first was at 52 seconds, and the first by the same three players, when Garland fed Vasily Podkolin, who sent the puck to Horvat for his 29th of the season, on a wraparound, 2-0 Canucks.

Horvat notched his 30th of the season 38 seconds later, 3-0 Canucks.

The Coyotes got one back at 7:27, when Travis Boyd connected with a fast-breaking Nick Schmaltz for his record 22nd goal on the season, 3-1 Canucks.

It looked as if Nick Ritchie had found the Coyotes second of the night, but Canucks head coach Bruce Boudreau challenged for offsides, and won, still 3-1 Canucks.

The Canucks landed number four on the night when JT Miller and Chiasson forwarded the puck to Pettersson for his 25th on the year, 4-1 Canucks.

The Canucks finished the Coyotes in the 3rd, with Pettersson and hometown favorite OEL connecting with Chiasson for his 3rd point on the night at 4:24, 5-1.

The Coyotes could not find a response in the remaining 15 minutes.

Saturday, the Desert Dogs hit the road for one with Vegas, before returning to GRA with a homer vs the Devils.