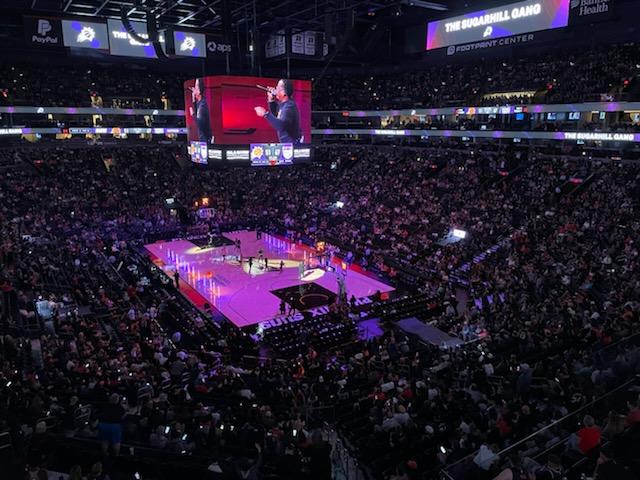 On Sunday night the Phoenix Suns lost to the Sacramento Kings 116-109 at the Footprint Center, in Phoenix, to finish their season 64-18, their best of all time.

“Not long ago, they had the worst record in the NBA,” Kings head coach Alvin Gentry said about the Suns. “It wasn’t even 10 years ago, it was four years ago.”

Phoenix Center Javale McGee ignited the slow starting Suns with eight points on a perfect 4-4 from the field. However, Kings guard Justin Holiday suffocated the Suns throughout the quarter with a quarter-high 13 points on 5-6 shooting.

Sacramento grew their lead by nine points in the second quarter. The King’s shooting efficiency of 60% from the field explained the 16 point lead as the Suns only shot 40% and couldn’t remain consistent through the half.

The Suns mounted a comeback in the third, behind shooting guard Landry Shamets’ 17 total points and 7-14 field goal percentage. The Suns were only down by 9 at the end of the quarter.

Phoenix brought the lead down to as few as three points in the final quarter, however, it just wasn’t enough to stop the Kings from taking it home with a final score of 116-109.