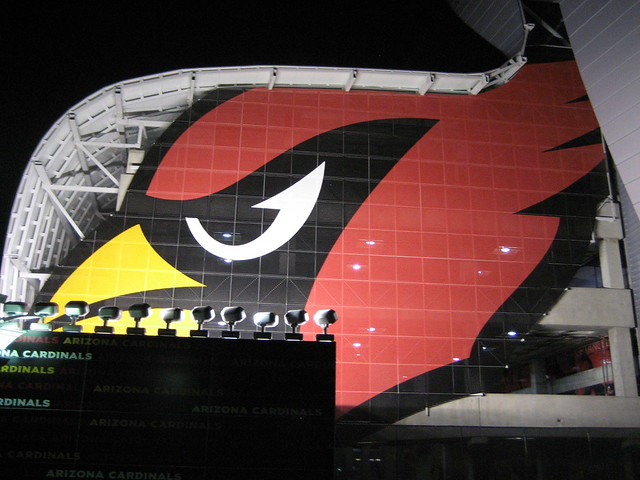 Arizona started the draft with a trade

It’s a magical time of the year for football fans.

A time when every NFL franchise casts their lot and takes their chances on the college football players deemed talented enough to play for their team. Some will arrive with Hall-of-Fame hopes, and some with fears of not making it past training camp.

The Arizona Cardinals started by trading their 23rd overall pick to the Baltimore Ravens in return for young, up and coming wide receiver Marquise Brown.

After that, Arizona selected eight players with their remaining picks. Here is the run down on all eight players.

McBride spent all four years at Colorado State.  In 33 total career games with the Colorado State Rams he put up 164 catches, 2100 receiving yards, and 10 touchdowns.  McBride was seen as one of the top prospects in his position and luckily for the Cardinals was available in the second round.  He should be a great third option for the team’s offense or perhaps be elevated higher in case of any injuries.

Thomas played three years at San Diego State before declaring for this year’s draft.  He was a certified leader on the defense, putting up 147 total tackles and 21 total sacks. With the departure of Chandler Jones the cardinals were lacking in a good defensive end and Thomas seems like a smart pick to fill that hole.

Sanders spent all four years at with the Bearcats, putting up some impressive stats for the non power 5 conference school. He totaled 119 total tackles, 13.5 sacks,  and a surprising seven receiving yards from one recorded catch.  The Cardinals seemed to be doubling down on defensive end, going all out seemingly to replace Chandler Jones and this pick seemed just as practical as the Cameron Thomas pick.

Round 6 pick 22:  running back Keaontay Ingram, University of Southern California

After losing Chase Edmonds to the Dolphins, the cardinals lacked depth at the RB position and this pick ensured that there would be a player to fill that hole.  A solid back last season for USC and Texas before that, Ingram proved to be a speedy force on the inside.

In my opinion, a sixth round pick used to strengthen the offensive line is never a bad pick. With the Cardinals generally giving up more sacks than necessary, there is always room for improvement on the O-line and this 6”3, 315 pounder can help fix that.

The secondary can always use a boost so this player fits the bill.

With their second to last pick the Cardinals strengthened their defensive line, and a team really can’t hardly go wrong with an LB from “linebacker U”.

With their last pick in the draft, Arizona once again went with the safest possible option; an O-lineman.  A nearly sure-fire way to help cure all that ails an offense.