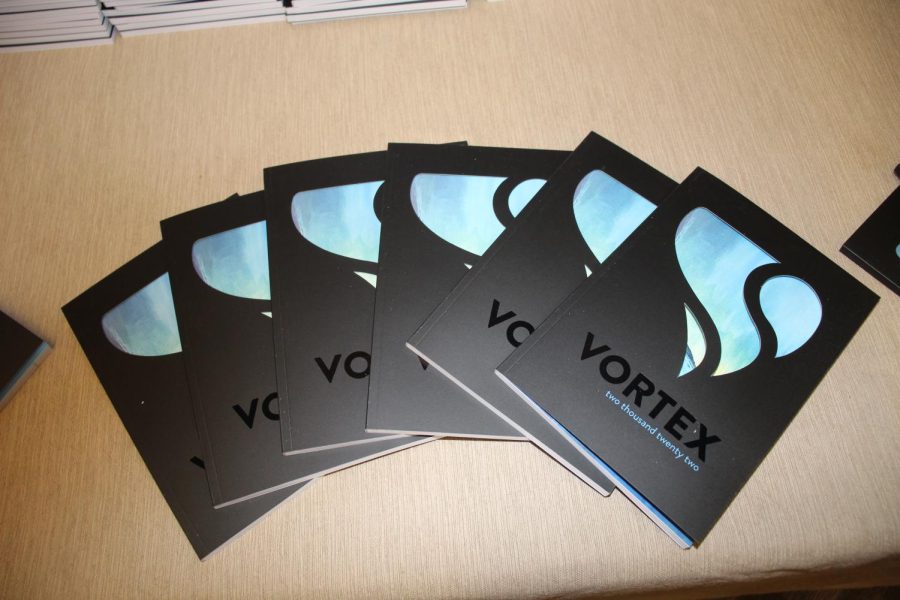 SCC creative writing faculty member and Vortex coordinator Kim Sabin told NEVN that it was the first time that the awards have included categories in visual arts, such as  photography, sculpting, graphic design, and painting and drawing.

“Scottsdale Community college is a big part in that beauty and reputation that Scottsdale exudes,” Mayor Ortega said.

Ortega also described what art can do for the individual and looked to encourage everyone in attendance.

“Art elevates all of us,” Ortega said.

In addition to the awards, there was added emphasis in honoring the indigenous students involved and the Salt River Pima-Maricopa Indian Community that SCC resides in.  With the event being held in the Indigenous Cultural Center, Vortex saw it as important to hold a land acknowledgment with a member of the community and added an award to hear the voices of indigenous students.

Poetry – “Self Improvement” by Kristina Morgan

Plays and Scripts – “The Madness Into Creativity” by Audri Fox

Graphic Design – “Michael You Would Fall” by Sunny Sabin

This year’s awards also featured the design and publishing of the “Vortex Literary and Art Journal” by SCC students Nicule Kalucki and Gary Lidman , it is the first time the journal has been designed and printed  by students.

More information can be found at https://www.scottsdalecc.edu.