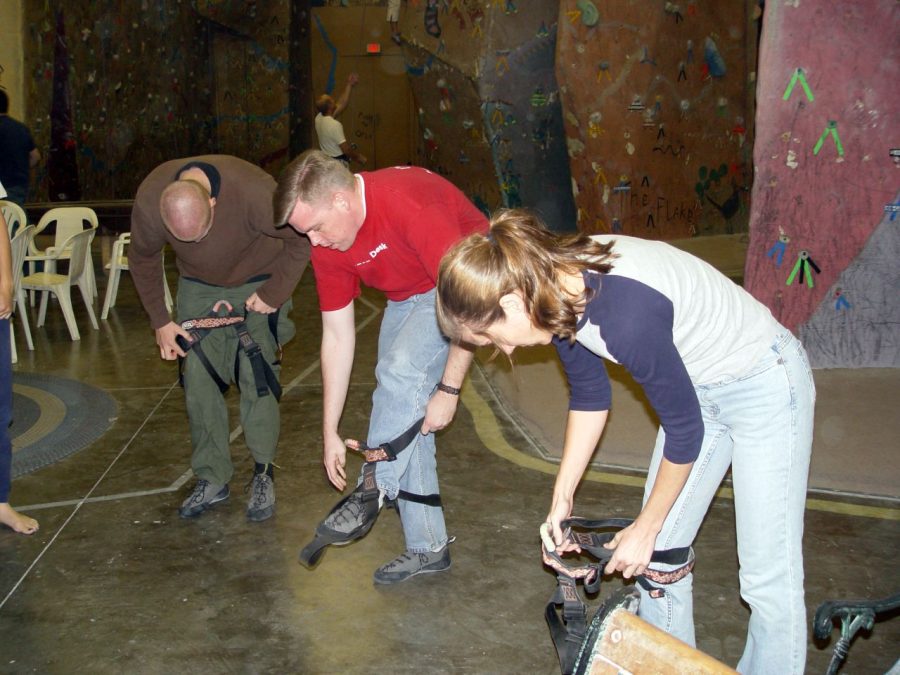 Climbers get into their safety harnesses at Phoenix Rock Gym

Emma Brown has been trying to establish a rock-climbing club at Scottsdale Community College for almost a year.

Brown, who began competing at indoor rock-climbing events when she was 10 years old, has been working with USA Climbing, the national governing body of the sport, to start a club at SCC.

The prospective club has garnered twice as many signatures as they needed to qualify for club status, with around 20 students indicating they would be interested in joining.

Brown submitted the application for club status with SCC’s Council of Student Leaders sometime around late February, but is still waiting for the council’s decision.

Brown told NEVN that since rock climbing is such an intensive sport, the club would probably need to practice three times per week and that the club’s biggest obstacle so far has been fulfilling the school’s requirement of finding a faculty advisor who is willing to attend all of the club’s meetings/practices.

She is hoping to base the new club out of Phoenix Rock Gym, an indoor climbing facility located in Tempe which also hosts the ASU Rock Climbing Club.

Because of the issue of faculty supervision at organized practices, Brown is working to develop at-home workouts and may perhaps need to rely on members supplementing fewer organized practices by working individually at the climbing facility.

Brown said the primary focus of the club will be on training and preparing members for collegiate competitions across three climbing disciplines; speed climbing, top-rope/lead climbing and bouldering.  But, she stressed that the club will also welcome members who are interested in joining to learn more about recreational rock-climbing safety or who want to participate for fun or fitness.

Eventually, the club hopes to have enough climbing gear to be able to loan out equipment to members.  Until then, Brown said that Phoenix Rock Gym has equipment rentals such as harnesses and shoes that club members can use for around $5 per session, until they decide if they want to purchase their own gear.

If the prospective club is approved, Brown is hoping to kick off regular practices beginning this coming fall semester.

For more information about how to join, email Brown at emm2173614@maricopa.edu.