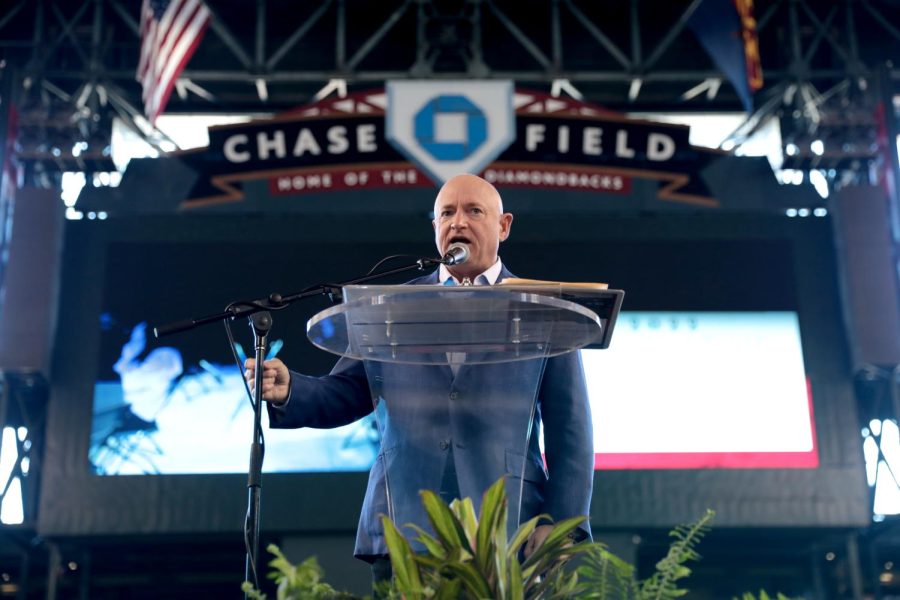 Even as Democratic Sen. Mark Kelly, D-Ariz. has achieved the second-highest funding in campaign contributions in order to secure his current senate seat—Republican political action groups are mounting upwards of 15 million in Arizona—just part of a much larger pie of more than 141 million devoted to unseat Kelly and other Democrats after the primary election in order to seize a GOP senate majority.

Kelly’s seat is one of the definitive senate races that could decide the senate majority.

Northeast Valley News conducted an unscientific opinion poll and spoke with Arizonans at three different Valley locations last week seeking their opinion on the high profile senate race in Arizona and the what they thought of Democratic Senator Mark Kelly as well as the primary Republican candidates.

“I know I don’t want any more GOP extremists—it’s exhausting, we have enough in politics” said Chandler resident, Jennifer Correo. “I moved here from Texas, and I am tired of crazy laws from the Republican leaders there, I don’t know that much about Mark Kelly but he seems level headed.”

Mike Dashlin, a construction contractor told Northeast Valley News that he remembers Senator Kelly’s wife Gabby and after what happened to her how they managed to “work together on his campaign” over the past few years.

Kelly’s wife, Gabriella (Gabby) Giffords was a member of the U.S. House of Representatives when she was injured in an assassination attempt forcing her to resign after a severe brain injury. Giffords now works on the senate campaign for her husband.

“Yeah, I think the senator, from what I can tell, has been an ethical leader,” said Kevin Rojas, a Glendale resident.

Senator Kelly garnered an overall 71% favorable rating from those questioned in the opinion poll.

Republican senate primary candidates were mostly unknown to those polled.

Brnovich entered the U.S. Senate race but was recently chastised by a group of bipartisan county election leaders for producing a report that provided no evidence of 2020 campaign election fraud. Official allege that Brnovich was merely serving a campaign attempt to “curry favor” with a particular base of voters.

Brnovich, according to reports was attempting to garner campaign media attention and favor from Trump loyalists by further “investigating” what has become known as, Trump’s “Big Lie” campaign—a campaign that alleges that the 2020 presidential election results were flawed in Arizona and other states.

Brnovich has also received criticism from Jewish community groups across the nation after he suggested that the state use cyanide gas in executions—the same gas that was used by the Nazi’s during the Holocaust. The state faces an onslaught of lawsuits by Jewish and human right organizations.

Valley residents that were polled also had strong thoughts on recent abortion restrictions that have been cropping up across several states and after the Supreme Courts’ leaked draft that will apparently overturn Roe v Wade.

The majority of those polled see the Supreme Court move as opening the gate for a possible nationwide restriction on a woman’s right to an abortion and did not favor overturning Roe v Wade.

Senator Kelly has voted to protect a woman’s right to choose an abortion and by recently voting in favor of the Women’s Health Protection Act —the act to protect women was ultimately voted down 49-51.

Kelly is reported as being “really concerned” about the Supreme Court decision, as well as the recent vote and stated that “his own granddaughter will have fewer rights than my grandmother.”

Alicia Meyers, a grad student from Arizona State University told Northeast Valley News that she isn’t pro-abortion but felt that laws that are being passed are unfair to women.

“I have always kind of stayed away from that topic because I come from a religious background but I do believe, in the end, it’s up to the mother to make that decision for their life.”