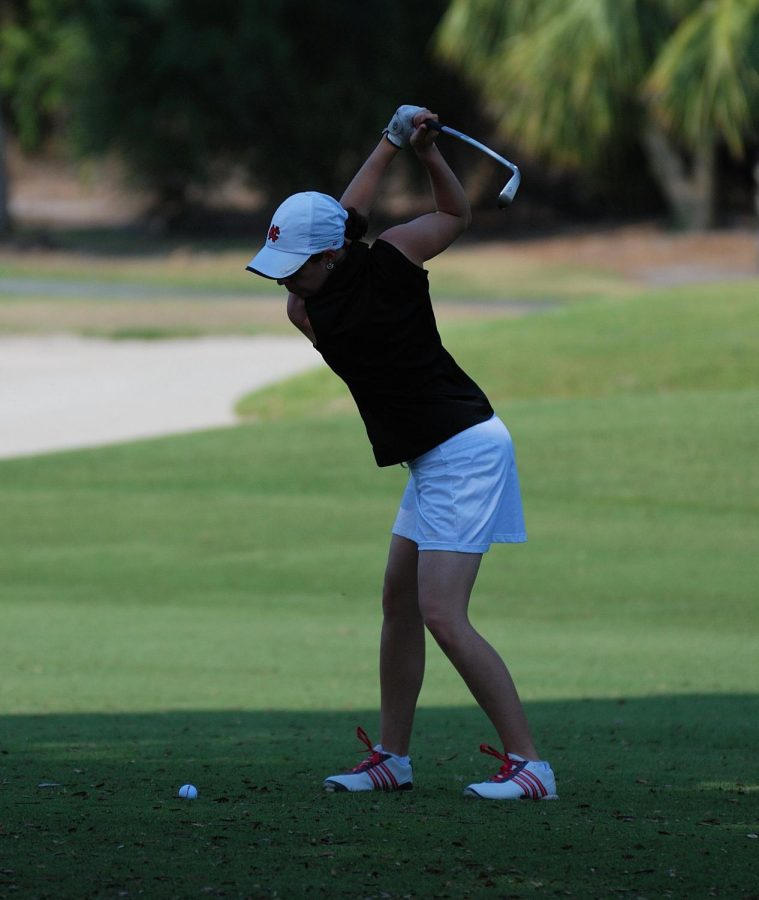 The tournament began on Friday, May 20 with four rounds of stroke play to decide an individual champion as well as which eight teams would continue on to match play for the National Championship.

On Monday, Stanford freshman Rose Zhang won the individual National Championship with a score of 6 under par, after leading all four stroke play rounds.  She is the tenth freshman to win the title.

It’s not the first prestigious golf title Zhang has won.  Before college, she became the first player ever to win the U.S. Women’s Amateur before the U.S. Girls Junior Championship.  Zhang also played for the U.S. Curtis Cup team, an amateur version of the Solheim Cup, last year.

The other order of business following Monday’s final round of stroke play was to set the field for the team match play portion of the tournament. Stanford and Oregon were the No. 1 and 2 seeds entering the tournament and remained firmly in those positions to start match play on Tuesday. (19) Texas, (15) UCLA, (17) Auburn, (10) Florida State, (5) San Jose State and (27) Georgia rounded out the field of eight teams.

Arizona State missed making it into the match play portion of the tournament by two strokes.

After two rounds of match play on Tuesday, it was back to a showdown between the top two seeds, Stanford and Oregon, for the title on Wednesday.  It’s the first time since the tournament changed to match play that the top two seeds have met in the finals and the first finals appearance in Oregon history.

Stanford eventually bested the Ducks three matches to two to come away with the trophy and a clean sweep of the tournament.  Arizona State was the last team to win both the individual and team titles in 2017.

The men’s teams played practice rounds today and begin their tournament on Friday, May 27.