“I find myself visually scanning places for escape routes wherever I go in public now” After a wide-range gun control bill passed the House in Washington D.C. Wednesday— the Senate will likely keep the legislation from becoming law—still, Arizona voters are placing priority on political candidates who stand for stricter access to assault weapons

“Fear for safety in public spaces have invaded our existence now.” 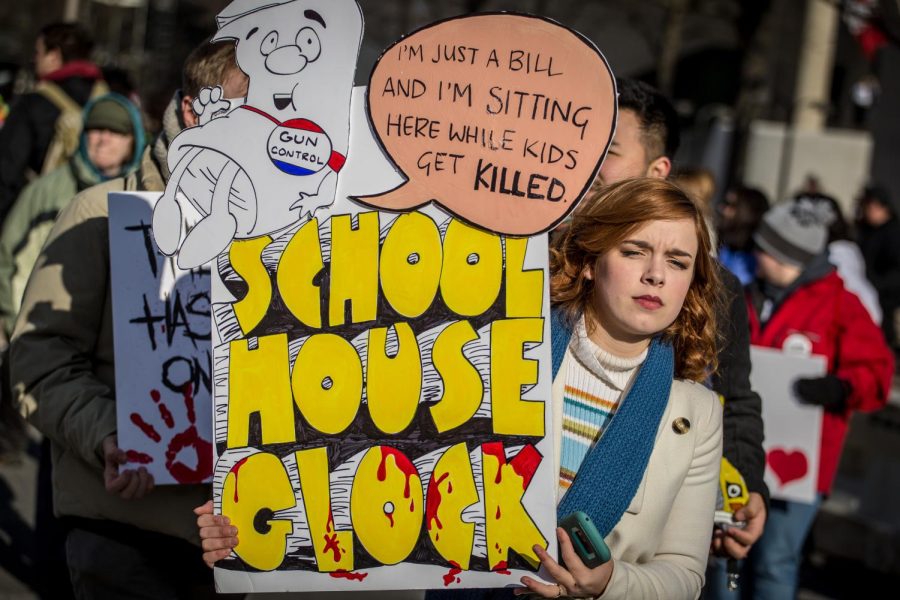 A gun control bill that would raise the age limit for purchasing a semi-automatic rifle and prohibit the sale of ammunition magazines with a capacity of more than 15 rounds passed the House on Wednesday.

It was predictably passed along party lines 223-204.

“Enough is enough—this is an epidemic, every single week there’s a new massacre. I cannot continue to live with blatant disregard for domestic terrorism in our daily lives without saying something and voting representative to that fact,” said Mesa resident and registered Independent voter, Paul Vogel.

“I find myself visually scanning places for escape routes wherever I go in public now,” Vogel said. “We have legitimate fear in public spaces for our safety. It’s invaded our existence now.”

Vogel and others told Northeast Valley News that they are finding out which political candidates are willing to take a stand against easy access to assault weapons.

When Arizona voters were asked if they support stricter access to assault weapons—they overwhelmingly responded, “yes.”

Follow-up questions by Northeast Valley News show that voters are looking more closely at candidates with regard to their stance on stricter access to assault weapons, and several are willing to cross party lines if necessary.

“I’m scared for my children,” said Carlos Perez a healthcare customer service assistant at the Mayo Clinic in Scottsdale.

“I drop my children off at school at each day and now I get a sinking feeling that I may not pick them up again,” Perez said. “This needs to be the number one priority in this country.”

After 19 children and two teachers were massacred at Robb Elementary School in Uvalde, Texas —it was not, unfortunately, the last or even the most recent entry in a long and growing list of weekly mass shootings in this country.

A Gallup poll found this year (before Uvalde) that 52% of Americans want laws that are stricter with regard to the sale and purchase of firearms.

Simply put, there are more guns than people in the United States.

A Phoenix voter, gun-rights advocate and a previous Trump voter, Mark Beauchamp, although falling short of expressing his outright support for stricter gun laws—did admit to Northeast Valley News, “We need to do something.”

A Paradise Valley mother says she is willing to go to extremes so her family is not a statistic.

“I don’t want to go anywhere where there may be large groups of people,” said Toni Scott, a stay-at-home mom.

Scott has recently decided that she will keep her children at home starting this fall school year, and is “figuring out how home-schooling works” —  even though, she says her children would rather be at their schools.