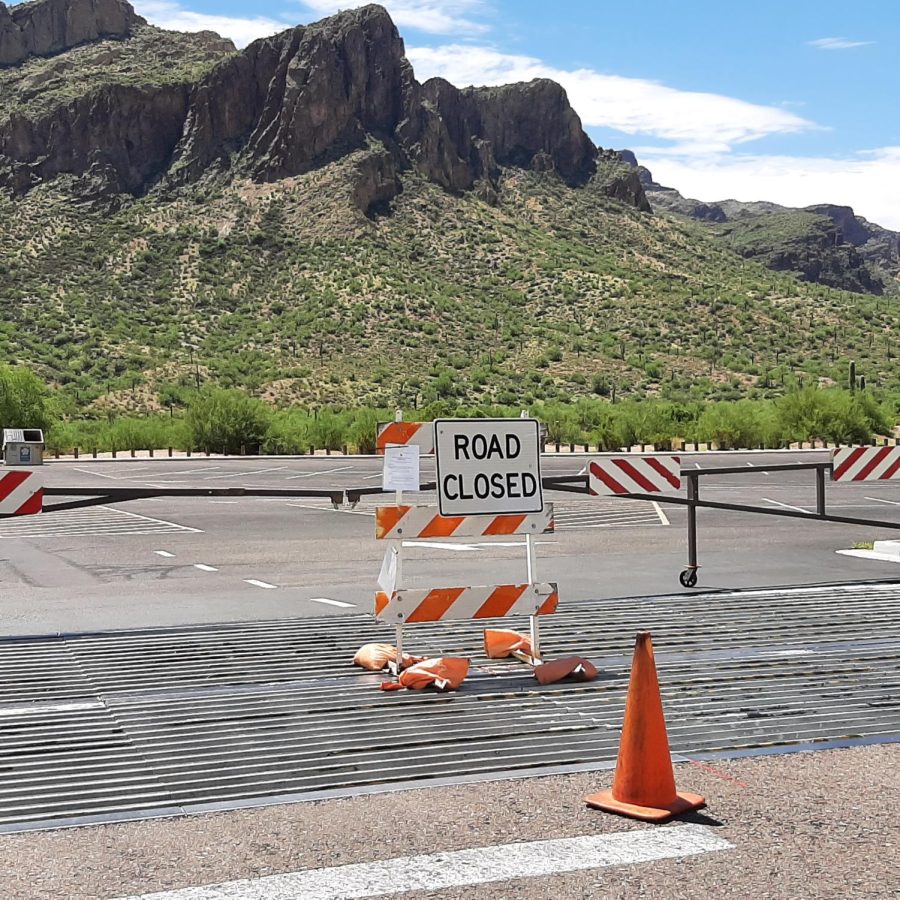 Water Users Recreation Site has been closed since July 30

Updated August 16:  The U.S. Forest Service reopened Water Users Recreation site Aug. 12, as scheduled.  Sources report that the low, overhanging branches have been cut back, but no changes were made to widen the river channel.  Water flow through the narrowed channel reportedly remains much swifter than usual and tubers or inexperienced kayakers may want to consider continuing to use the section of river which bypasses the affected area.

Water Users Recreation Area on the Lower Salt River has been closed since July 30 because of unsafe conditions caused by flash flooding.

In the early morning hours on or around July 28, a band of heavy rain passed over the area causing intense flash flooding into a particular desert wash which empties into the Salt River just above a swift water area known locally as “Pinball” or “Snake Rapids”.

Sources tell Northeast Valley News that a large amount of sand, rocks and gravel washed into the river channel, effectively reducing it down to a fraction of its normal width and dramatically increasing the rate of flow on that particular section.

The narrow channel against the west bank of the river reportedly gushes only inches below a series of low-hanging tree branches, which has effectively made the short stretch of river impassable.

The Lower Salt River is popular among tubers and kayakers during the summer months and the closure has caused local outfitters to have to adjust their operations accordingly.

Salt River Recreation, who rent inner tubes, and normally offer a float that begins at Water Users Area, have had to limit their operations to only offer trips beginning at Blue Point Bridge.

At the request of the U.S. Forest Service, who regulates the area, Saguaro Lake Guest Ranch is not allowing self-launching of watercraft during the closure, but are continuing to offer kayak rentals which are restricted to areas of the river not affected by the dangerous conditions.

“The safety of our guests is of the utmost importance to us,” said Josh Krysiak, water recreation manager at Saguaro Lake Ranch.  “We will continue to work with the Forest Service throughout the closure to ensure our clients have a safe experience.”

Similar situations have reportedly occurred on the same stretch of river in the past and the natural erosive power of the water has been relied upon to remove the debris.

According to the Forest Service documentation, the closure is scheduled to remain in place until August 12.

Forest Service Representatives were not available for immediate comment.