Team ranked No. 9 in preseason poll 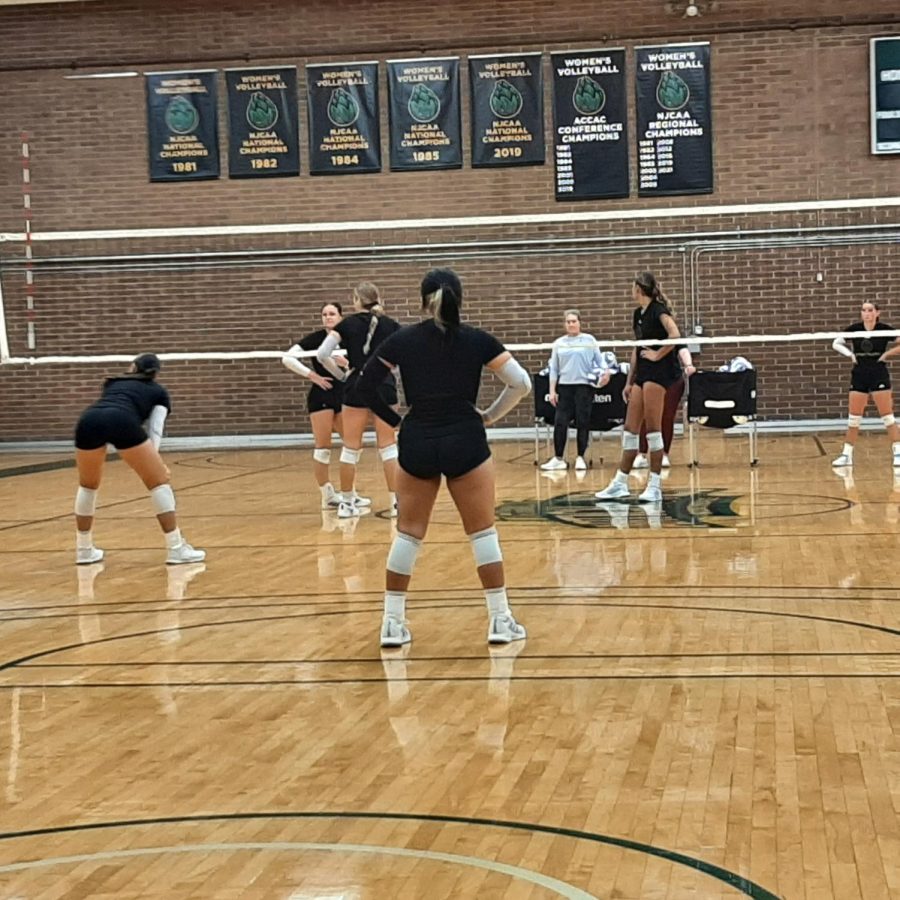 The end of last season must have felt like an off-the-rails roller coaster ride for the Scottsdale Community College volleyball team.

After winning the NJCAA DII National Championship in 2019, the Artichokes had the rug yanked out from under them when the 2020 season was cancelled due to the pandemic.

Then, last season, as they approached what was effectively the defense of their national title, the team dropped their final two games of the season before proceeding to put themselves behind the proverbial eight-ball by losing their first game of the Region 1 Division II Playoffs to Glendale.

But, like an inspirational Hollywood script, (cue the Rocky music) – the team fought their way out of the loser’s bracket to advance to the National Tournament by twice defeating the very same Gauchos squad.

Another opening round loss at Nationals took them out of title contention, but once again, the team pulled themselves up by the boot straps and brought home the consolation championship.

If it aint broke, don’t fix it

After nearly three decades as Head Volleyball Coach at SCC, and more awards than would fit in the space of this story, Regina Mannix has established a system that produces quality results on a regular basis.

“We don’t change much,” Mannix told nevalleynews.org.  “Our staff has been very consistent, so our methodology doesn’t change much.  We’re really consistent with our messaging and the way we train and the type of athlete that we recruit.”

Gearing up for conference play

The Artichokes have only two exhibition matches on their schedule, and one of them comes after the team’s conference opener against Phoenix College.  So, there’s not much time to get ready for conference play.

On Aug. 13, SCC hosted the ACCAC Jamboree, an annual event with a unique scrimmage format, featuring no limit on substitutions.  During the Jamboree, six Region 1 teams compete against one another for 20-minute sessions.

“It allows me to see how incoming players perform under pressure,” Mannix said about the scrimmage.  “It lets me see how they handle those moments in a game.”

The Artichoke’s other exhibition game, on Aug. 25, is also an annual favorite.  It features another unique format which pits this season’s team against a team made up of alumni players.

“The Alumni Game is always a great event,” Mannix said.  “The competition is high!  It’s tough to beat our alumni.  We don’t do it very often. We’ve got a lot of former All-Americans in our program and they come, and it’s a fun event.”

Once the team enters conference play, Mannix pays special attention to certain matches that serve as a sort of barometer to the team’s potential playoff readiness.

“Any time we play against teams that we see regularly in the playoffs, like Glendale, Chandler and Pima.  Those are always matches that you sort of have to really pay attention to because you’re likely to see them again,” Mannix said.

“Any road trip that we have to get on a bus,” Mannix added.  “We don’t typically travel, so that can be a little bit of a stressor.”

You gotta want it

Sometimes, intangibles win championships and the Artichokes bring a blue-collar work ethic, according to their obviously impressed head coach.

“This team trained really hard all summer,” Mannix recalled.  “For some people, their season is starting now, but we’re a couple months into it now.   I’m proud of them.