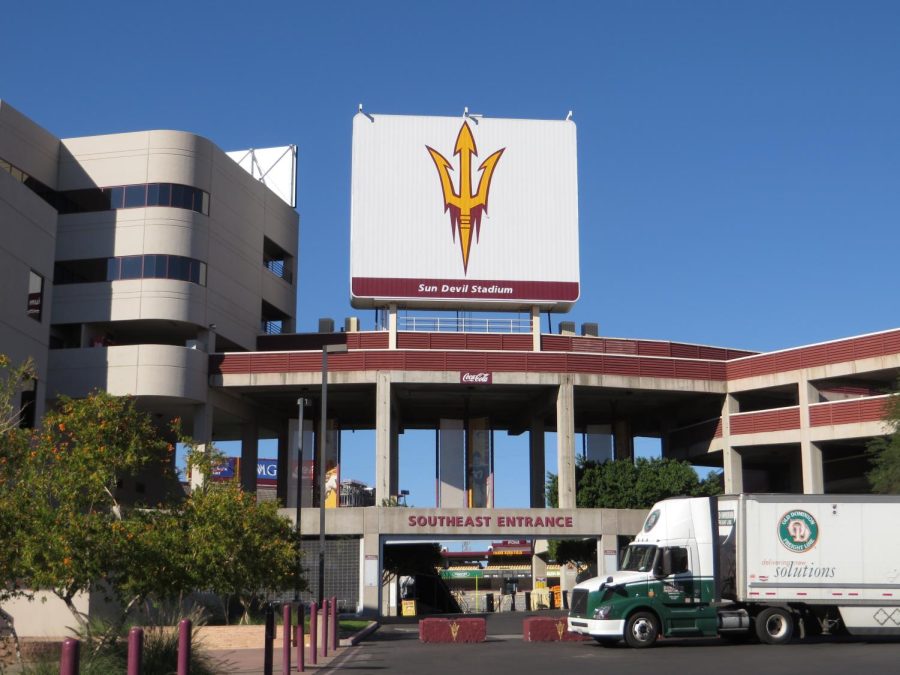 ASU starts their football season on Thursday against NAU

The 2022 Arizona State football season kicks off on Thursday against the Northern Arizona Lumberjacks.

ASU will be looking to improve on an impressive 8-5 record last season, which included wins against Pac-12 foes Arizona, USC and Washington.  It also included a bowl appearance.  A 20-13 loss against Wisconsin, in the SRS Distribution Las Vegas Bowl, on Dec. 31.

However, if the Sun Devil’s hope to improve on last season, they’ll need to overcome several key offseason departures.

ASU remains under investigation by the NCAA for illegal recruiting practices and that scrutiny by the governing body seems to loom over the program.

The team will also have to overcome the loss of five assistant coaches, including both coordinators, who were reportedly involved in the recruiting infractions, and a total of 11 players who went to the NFL.

As a result, Caesars Sportsbook shows ASU and Oregon State tied, with the sixth best odds at winning the Pac-12 Championship (+3500).

Despite the lack of optimism from gambling sites and the media, fifth-year head coach Herm Edwards remains confident that his team will be able to play as a unit in order to win games.

“Right now, it seems to me from afar when I watch them, it’s a very tight-knit group of guys, in my opinion,” Edwards said. ”How will they play together, how will they collectively come together? You probably won’t know that until after the third week of competition. What kind of team do you have? After three weeks, you’ll figure out how they play together.”

Arizona State is going through what feels like a complete roster change. The team will be welcoming 43 new players to the program, including transfer quarterback Emory Jones from the University of Florida.

Last Thursday, ASU announced that Jones would start the season under center for the Sun Devils.

The dual-threat, junior, quarterback threw for 2,734 yards, 19 touchdowns, and 13 interceptions during his last season at Florida while also rushing for an additional 759 yards with four rushing touchdowns.

The Sun Devil’s host the Lumberjacks at Sun Devil Stadium on Thursday night, with kickoff slated for 7 p.m. local time.