“At the end of the day, what Masters has said is nothing short of disgraceful.” 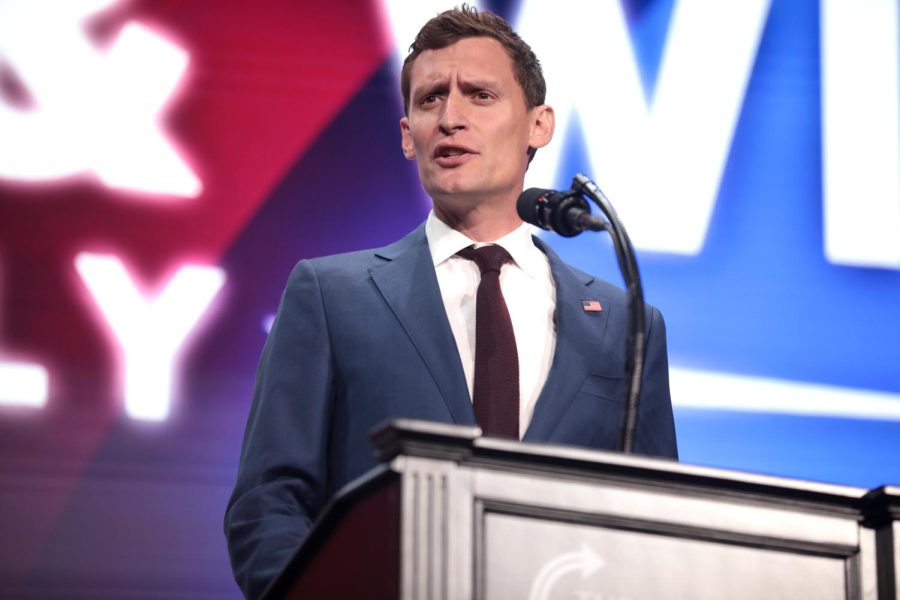 Blake Masters at a campaign event

Some Tucson veterans gathered on Friday to show disdain for comments made by U.S. Senate candidate Blake Masters—saying Blake Masters “isn’t a fit representative for the more than half a million veterans in Arizona.”

Masters has never served in the military, but he’s not been shy about making comments about those who have.

The AzMirror reports that a former Marine and Vietnam veteran, Don Womack, was in “disbelief” after hearing about Masters comments which include statements about the wholesale firing of military leaders and in a campaign video posted on Twitter—Masters called military leaders “incompetent” and “woke corporate bozos”.

“At the end of the day, what Masters has said is nothing short of disgraceful. His comments are nothing short of a personal attack on me and every other veteran and military family who has sacrificed to serve our country,” Womack said.

“Listening to a guy like Blake Masters insult our military while running against Mark Kelly, a Navy combat pilot, for the seat once occupied by the great Senator John McCain – well that’s an insult to everyone,” said retired National Guard Master Sergeant, Sue Ritz.

Ritz reportedly said that if Masters wants to criticize the military—he’s not exactly the one to do it—and distinguished a stark difference between Masters and Mark Kelly, Arizona’s current U.S. Senator who flew combat mission in the Gulf War.

Ritz suggested that since Masters is still young enough—he ought to “join up” even offering to escort him to a nearby recruiting station.

Blake Masters is endorsed by Trump and several veterans from the Valley told Northeast Valley News over the weekend that they want Trump held accountable for the removing of classified documents from the White House and “should be treated as the treasonous act that it is.”

Master’s campaign did not respond to requests for an interview.