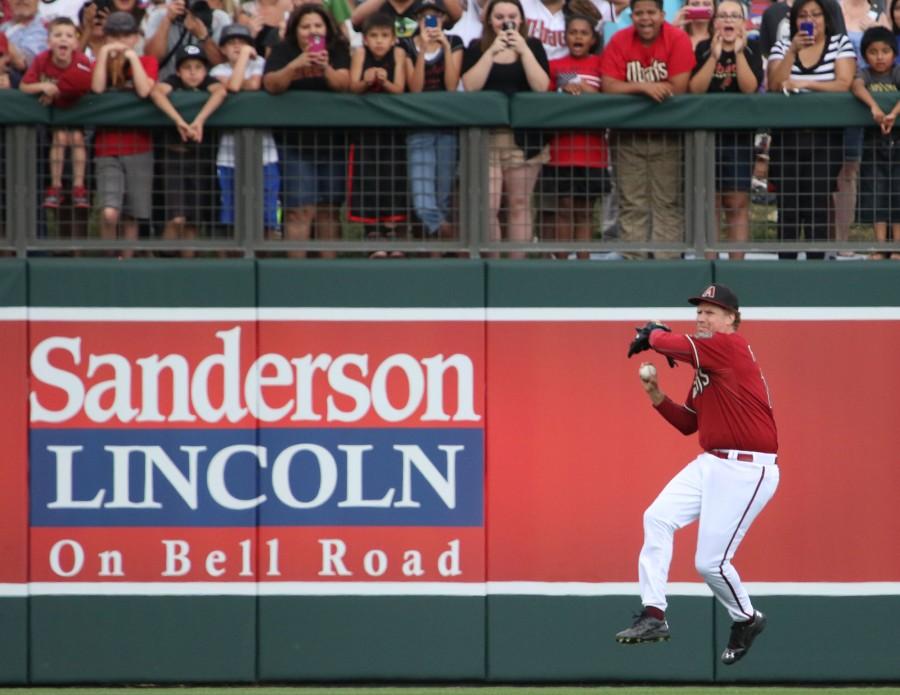 Will Ferrell prepares to make a throw from left field as fans look on.

Fifteen of Major League Baseball’s 30 teams travel to Arizona every spring to prepare for the upcoming season. Baseball fans throughout the state gather to watch their favorite teams and players get ready for the long season ahead.

But not every fan gets to play out their dream. Actor and comedian Will Ferrell, who is a noted baseball lover, got to do just that.

At the Diamondbacks’ facilities at Talking Stick, he played as a left fielder. And he looked good in Sedona Red. The Salt River Fields faithful were not disappointed, as Ferrell got three base hits to boot. He only played one inning for the Diamondbacks, but fans were overjoyed nonetheless.

And most importantly, he managed to raise more than one million dollars for cancer research.

Ferrell took the field to do something he loved to do, and it helped fund a great cause. As the man himself would say: “you stay classy, Arizona.”