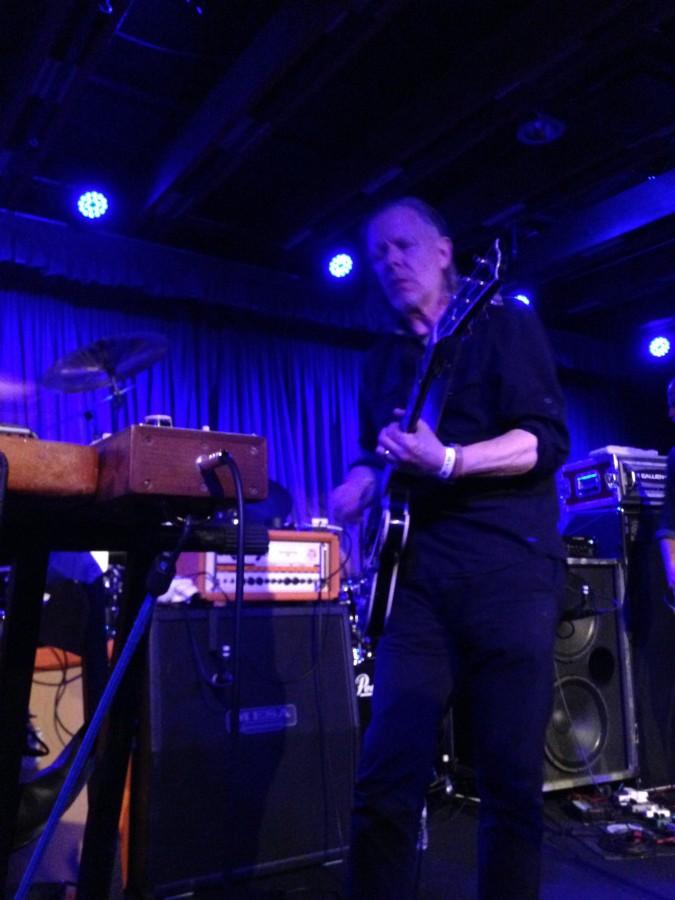 For a man whose latest album is titled “To Be Kind,” Michael Gira is hardly kind when he is on stage with his group Swans.

At the end of “Frankie M,” the first composition the band performed during their two-and-a-half hour tilt at Phoenix’s Crescent Ballroom on Monday night, an audience member stormed onstage and attempted to hug Gira. The 61-year-old guitarist and vocalist flew into a rage. He shoved the wayward man and repeatedly shouted “Get the f*** off the stage! I didn’t ask you to come onstage!” As Swans began their next monolith, Gira angrily tossed a used lyric sheet back into a small bag in front of an old Orange amplifier.

A veteran of the New York art-rock scene, Gira founded Swans in 1982. Their early records border on unlistenable; raw, abrasive, even violent concoctions centered on a singular riff, eschewing nearly all semblance of melody in the process. The first incarnation of Swans carried on until 1997, when Gira grew weary and disbanded the group in favor of a melodic folk-rock act called Angels of Light. In 2010, Swans were reformed and have since released three albums, each receiving media attention and praise – light years from what they received in the 1980’s and 1990’s.

To this day, Swans’ music, at its very core, is based on repetitive, unrelenting rhythms played at very high volumes. Their show at the Crescent Ballroom was not for the faint of heart. The aural assault was jarring for even a veteran concert-goer. The studio albums do not do it justice.

Swans played only six compositions over the two-and-a-half hours, each of which lasted at least 10 minutes, and usually exceeded the 20-minute threshold. Half of the setlist was comprised of tracks found on the group’s 2014 release “To Be Kind”: “A Little God in My Hands,” “Just a Little Boy (For Chester Burnett),” and “Bring the Sun.”

“A Little God in My Hands” served as the shortest of the three – and it still clocked in at over 10 minutes. Driven by Christopher Pravdica’s funk-influenced bass line, “A Little God” churned along before the furious washes of Christoph Hahn’s lap steel guitar and percussionist Thor Harris’ trombone signaled a seismic shift.

(I know, a percussionist blowing into a trombone was strange to me, too.)

“Just a Little Boy” is supposedly a tribute to Chester Burnett, better known as blues legend Howlin’ Wolf. While the number did not appear to have much correlation with the deceased Burnett, it did highlight the dynamic between Swans’ calmer moments and their more explosive gear. “Just a Little Boy” had softer, almost jazzier overtones, again driven by Pravdica’s bass and punctuated only by Gira’s screams insisting that he was “just a little boy.” Eventually, the calm subsided and the storm arrived, again driven by Hahn’s nearly-apoplectic steel guitar playing.

The show concluded with a medley of “Bring the Sun” and “Black Hole Man.” The latter is not found on “To Be Kind,” but the former is – all 34 minutes of it. In concert, however, “Bring the Sun” was stripped down only to its opening, which consists of only two notes that gallop along with the subtlety of a club to the head. That led into the second half of the medley, titled “Black Hole Man,” which sounded more like a conventional rock number than anything else on the night…until it descended into cacophony, which ended the concert.