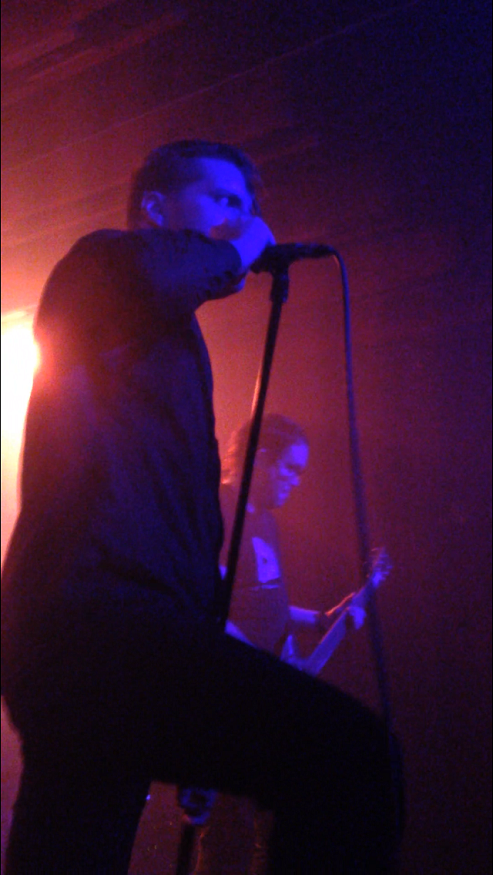 Released Oct. 2, “New Bermuda” is the quintet’s third album, following their critically-acclaimed 2013 effort “Sunbather.” Deafheaven’s Phoenix show served as one of the final dates on the tour, which goes international early next year. However, the group’s energetic, thunderous set (which included a complete performance of the five-song, 46-minute “New Bermuda”) did not leave one thinking they were mailing it in after a long run of shows. Quite the opposite, actually.

The quintet’s music – an entrancing combination of black metal and shoegaze elements, pierced by vocalist George Clarke’s screaming – pummeled its audience with intensity, power and sheer volume. Drummer Daniel Tracy authoritatively maintained control over the rhythm, seamlessly and masterfully changing tempos. Lead guitarist Kerry McCoy’s skillful playing shifted between rapid-fire shredding (such as on “Luna”) and gentle, textured washes (e.g. “Come Back”). McCoy moved very little over the course of the performance, but his dynamism elicited an emotional response from the audience – albeit in a much different fashion from vocalist Clarke.

Speaking of Clarke, it was he who stole the show. Clad in a collared black shirt, black dress pants and sharp black dress shoes, he stood in stark contrast to McCoy – and the other band members, really – by refusing to stand still. From the minute he walked on stage, Clarke urged the audience to move closer to the stage (occasionally using colorful language) and thus form a mosh pit. While performing, Clarke would violently headbang, dance around during instrumental passages and even spit up on the stage. He constantly reached out and grabbed the hands and arms of audience members, clutching them as if his life depended on it. This remarkably intense, passionate response to the musical stimulus underlined his own contributions to the performance: high-pitched, unyielding shrieks consistent with the group’s black metal side. McCoy and Shiv Mehra’s bludgeoning guitar work found itself mixed more prominently than Clarke’s yelping, but standing directly in front of the stage offered the chance to hear his thematically-varied raging in a somewhat clear manner.

By the time a sweat-soaked Clarke leaped off the stage during fan-favorite “Dream House,” Deafheaven had consolidated their reputation as one of metal’s fastest-rising acts to an exhausted yet adoring crowd in downtown Phoenix.