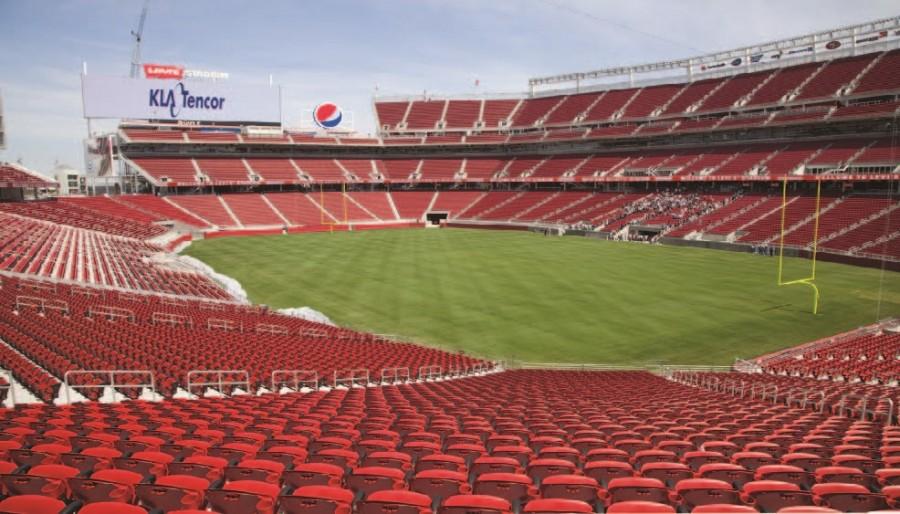 Levi’s Stadium in Santa Clara, Calif., where Chris Borland played for the 49ers.

The company someone works for has the responsibility to keep its workers safe, so they may work another day. The National Football League does not seem to believe in this concept.

It’s an epidemic plaguing NFL players. The nature of American football is arguably more violent compared to other sports such as soccer, baseball and basketball. With the rising concerns over concussions graciously depicted in Will Smith’s “Concussion,” players are reasonably worried. With numerous cases of NFL veterans who have suffered from chronic traumatic encephalopathy (CTE) like Jovan Belcher and Junior Seau, it is hard to not take a look back at the risks, and that is exactly what former San Francisco 49ers middle linebacker Chris Borland did.

Borland was coming off of a tremendous rookie season when he shockingly decided to call it quits. Borland is 25 and it is rare that a player would leave such a lucrative profession at a young age. The four-year contract Borland signed with San Francisco was worth $2,927,436.

“If there were no possibility of brain damage, I’d still be playing,” Borland said in an interview with ESPN’s Steve Fainaru and Mark Fainaru-Wada.

This decision would be the first of many as some other concerned NFL players followed in Borland’s footsteps.

“The next hit to my head could possibly kill me or be life-damaging,” former Green Bay Packers receiver Adrian Coxson said to ESPN’s Rob Demovsky.

Another former 49er, 26-year-old Anthony Davis, decided to “take a year or so away from the NFL…to allow my brain and body a chance to heal.”

The latest to retire was Calvin Johnson, 30, a wide receiver for the Detroit Lions and a staple of that team’s offense.

Concussions can have lifelong effects on a player. The NFL owes it to their players to better address concussions or risks a higher player turnover.