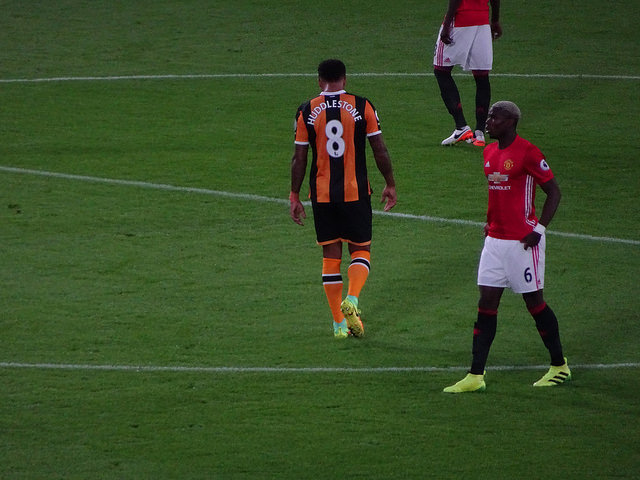 Paul Pogba (in red) was sold to Manchester United this summer. The former Juventus midfielder and France star was transferred for a world-record 105 million euros, according to multiple reports.