Clown sightings on the rise on America 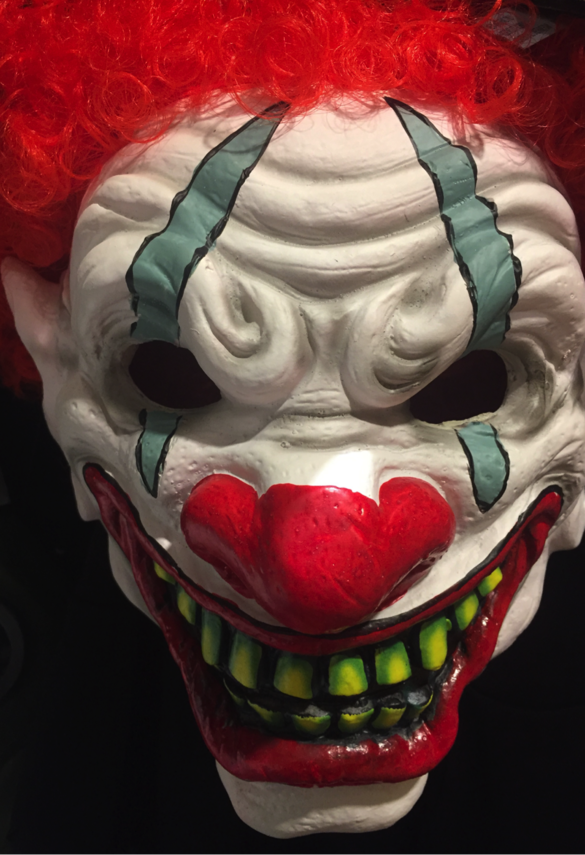 The clown phenomenon has emerged around the United States, and it is no longer a joking matter for many in Arizona and elsewhere.

“Clown sightings” in the last couple months have been reported and are spreading from the East Coast all the way to Arizona. But some have gone well beyond harmless sightings into something more sinister.

According to a Sept. 27 azcentral.com report, Phoenix Police arrested three reported in social-media threats against high schools in connection to multiple threats via social media that targeted two-dozen Phoenix-area high schools. The teens could even face felony charges, according to the Phoenix Police Department.

Christopher Mele of The New York Times included in a Sept. 29 report the names of many states where clowns have been sighted. The states named in the story were Alabama, Georgia, Maryland, New Jersey, Pennsylvania and Virginia.

Dr. Michael Valle, a professor of Philosophy at SCC, was concerned when asked about the individuals who hide behind the pale, smiling faces.

“It’s a shame that a symbol of childhood happiness and innocence is being transformed into almost a universal symbol of horror,” Dr. Valle said. “I think that it’s a bad thing that you got people roaming around intentionally trying to scare people with their faces obscured in public, that bothers me as well.”

There has been no connection tying all of these creepy stories across the media, but there are those who have their own theories as to the mystery of the clown.

Michael Cardoza, a 2006 Emmy winner for Best Team Coverage at KFOX News in El Paso, Texas, believes it could be a form of what’s known as “guerrilla marketing.” Cardoza does marketing for his own company Glass Media Productions, and has 15 years of experience in that field.

Study.com defines guerrilla marketing as “an act of executing an unusual or unexpected marketing activity in a common, everyday place in order to generate a buzz.”

“What other way to really get the public’s attention then by doing something that appears to be real,” Cardoza said. ‘”It’s a marketing tactic, if nobody’s been hurt yet then that’s exactly what it could be.

“If my theory is wrong and it’s not a media hoax, imagine the day of Halloween…how many clowns are going to be out there, you’re not going to know which one is dangerous,” Cardoza said.

Regardless of why it started, and who started it all, police authorities in Arizona and other states are taking these threats from clowns as a serious issue.