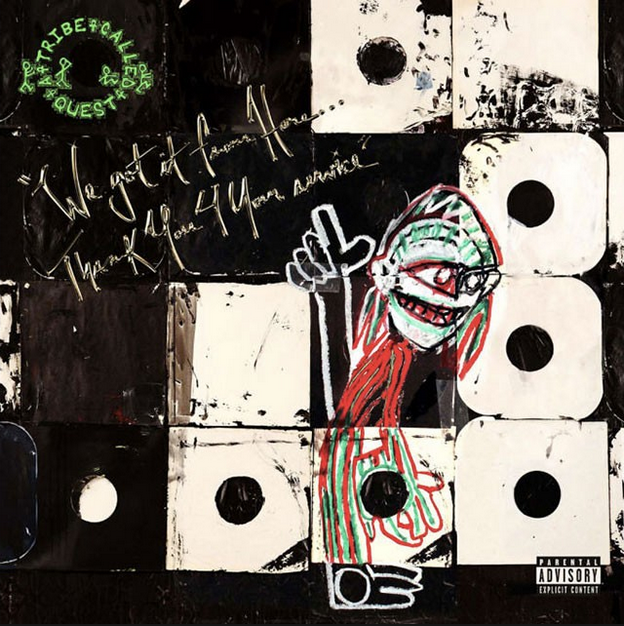 ​It’s been 18 years since the last A Tribe Called Quest album and times have certainly changed. Their previous album, “The Love Movement,” was released in 1998, and it signaled a change in mindset with the millennium approaching. But then, A Tribe Called Quest has always been different. The New York-based hip hop group shied away from the gangster style rap of the 1990’s and instead embraced jazz and alternative infused with hip hop. Their new album, “We got it from Here… Thank you 4 Your service,” is a welcomed return for the hip hop group and sadly their last. Released on Nov. 18, this is easily one of the best albums of the year and the timing of this album could not have been more perfect.

​ATCQ’s new album is a powerful protest album. The album’s first two cuts, “The Space Program” and “We The People…” are strong songs that talk about the oppression of African Americans. ATCQ also hits on the corruption of American politics with songs like “Conrad Tokyo” and they talk about the murder of African Americans with songs like “The Killing Season.” ATCQ has never been afraid to ask the hard questions. Not only do they get their message across but they execute it beautifully with some of the most refreshing beats and lyrics I’ve heard in a long time.

​Putting aside the protest aspect, the actual music here is simply amazing. There is some extremely well written music here. Take the alternative-fused song “Solid Wall of Sound,” or “Dis Generation.” Both songs have massive replay-ability and pinpoint lyrics. What you get is one of the most unique hip hop albums to have come out within the last few years. What I find stunning is that even after 18 years of being on hiatus, ATCQ’s sound is still good. They have not actually changed their style but certainly refined it for the times and it works so well.

​What makes this album even more powerful is its timing and circumstances behind its release. Phife Dawg, one of the original four members of ATCQ, passed away during the making of this album. Because of his passing, this will be the last ATCQ album. Phife Dawg’s passing combined with Donald Trump ‘s impending presidency makes “We got it from Here…” a very powerful, emotional protest record.

​“We got it from Here… Thank you 4 Your service” will be ATCQ’s swan song, an ode to the late Phife Dawg, an everlasting message for justice now and decades later. The music is refreshing because it is different from anything today. The lyrics are not convoluted or weighed down by bad metaphors. The message will remain powerful. The precision of the lyrics and genius of the actual music is sublime. For me, this is an album of the decade, on par with D’Angelo’s “Black Messiah.” If you are a fan of hip hop, jazz, alternative, or a fan of protest music in general, this is an absolute must. This album will stand the test of time.