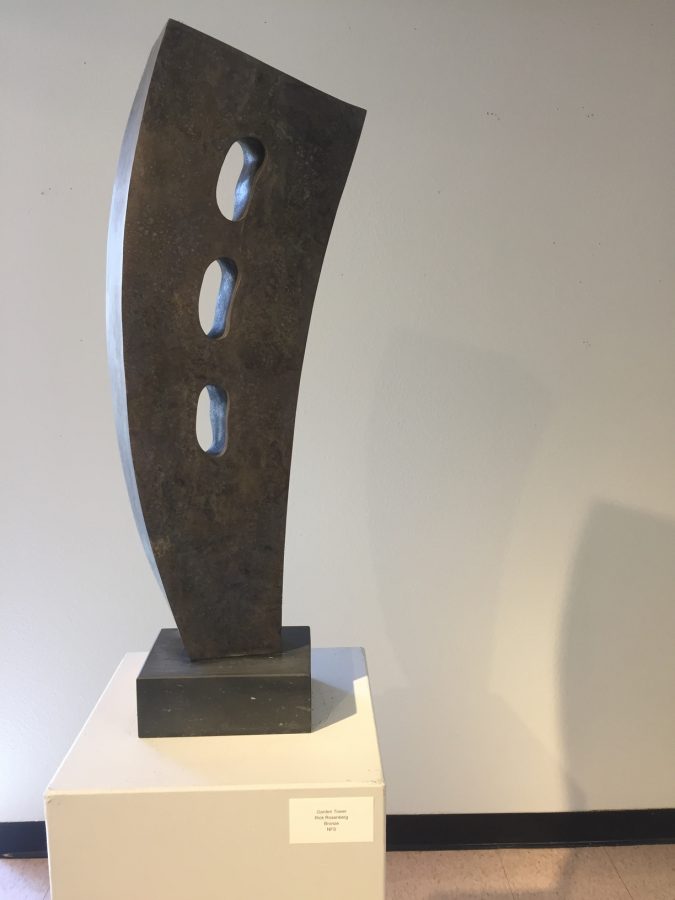 SCC held its annual Sculpture Exhibition from Jan. 20 through Feb. 2, with new student work on display along with other students’ invitational pieces. A wide range of artwork in different forms was on display, from a copper poodle to an elegant steel figure locked in position.

Rosemary White has been a student in the art program at SCC for six years.  Though White did not have a piece in the exhibit this year, she was able to reflect on the artwork from this year’s exhibit, along with previous displays.

This small exhibit gave new students a chance to showcase their talents, but it also allowed returning students like Rick Rosenberg an opportunity to present his work as well.

“I think, ya know, as a new student, which I’m not, just seeing the work that’s done, the different types of work, and what you are capable of producing by taking these classes, kind of is good for your future vision in what you would like to do in the art world,” Rosenberg said.

Ted Uran is an art instructor at SCC and the head of this particular exhibit. Rosenberg has been in Uran’s classes since he started working at SCC a decade ago.

Not only can the sculptures be inspiring to look at, but it can be very meaningful and in some cases, spiritual.

“Art is – this is my opinion – art is of the soul,” White said. “So you’re seeing each person’s soul here. And so when they realize, wow, it touches somebody else’s soul, then it inspires them to do more. So if they never put their art out, they’ll lose that eagerness to do it again.”