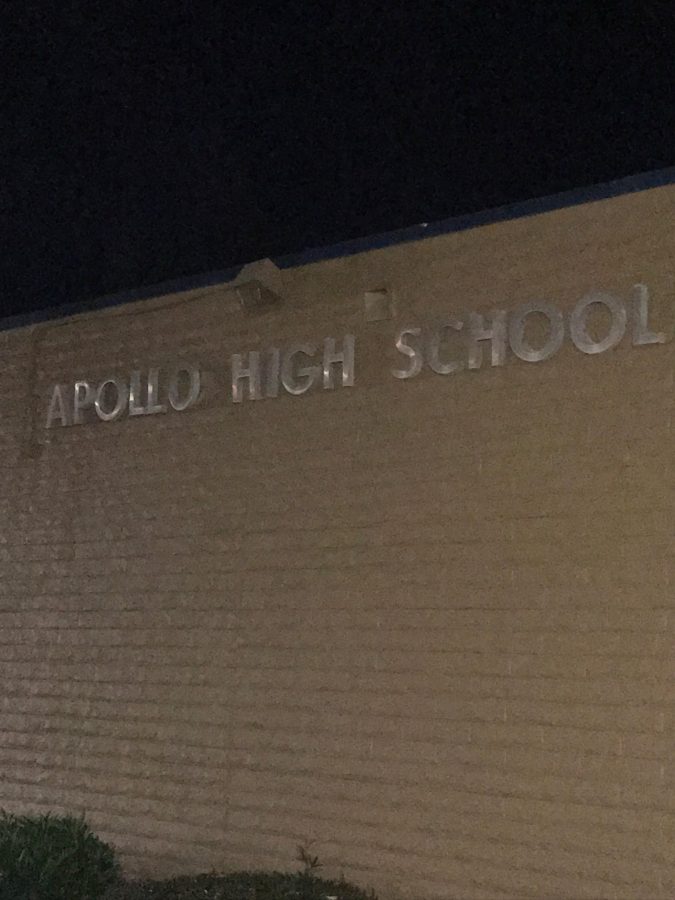 Apollo Hawks head coach Jerod Aker saw something during his team’s game against the Queen Creek Bulldogs that he said he had not seen in 25 years in baseball.

“Play at the plate, kid came in, illegal, and our guy reacted, which I didn’t blame him for,” Aker said.

Glendale’s Apollo High School was the site of a benches-clearing brawl on Friday night, as a collision at the plate between Queen Creek left fielder Colton Cassinelli and Apollo catcher Jesus Moreno in the top of the fifth inning resulted in a 20-minute delay which saw the game called off. The Bulldogs (5-0) took the non-conference win over the Hawks (5-3) by a 4-0 score.

“We teach our kids to stick up for each other and fight for each other,” Aker said. “There [were] no punches thrown or anything like that. It just was an unfortunate happenstance.”

Opinion was divided over the legality of Cassinelli’s slide. The junior raced home to score from senior Jordan Jacob’s double to left field with none out in the fifth, but Moreno took exception to the hard slide and pushed Cassinelli down. Aker believed the slide was illegal, and he defended his junior catcher.

“It’s hard as a high school kid not to react that way when that should have been [an] automatic ejection,” Aker said. “If the umpire would have ejected the guy in the two seconds he had to eject him, our guy wouldn’t have pushed him.”

Both players involved in the incident were unavailable after the game.

After the benches cleared and players poured onto the field, the umpires called over both Aker and Bulldogs head coach Mikel Moreno. A lengthy discussion at home plate followed, and the game was quietly called as fans and students began to leave the bleachers.

“The umpire said ‘it’s gonna be a one-way conversation, both benches are ejected, we’re calling the game, the game is over,’” coach Moreno said. “We got the victory because we had played five innings.”

Coach Moreno said that the umpires had stuck to the letter of the law in coming to the decision.

“When somebody leaves the dugout, they’re automatically ejected,” coach Moreno said. “He blanketed it so everyone was ejected. Whatever the umpire says, we have to deal with it.”

As far as the game action was concerned, coach Moreno was not complimentary about his undefeated team’s performance.

“We didn’t play very well at all,” coach Moreno said. “I don’t know if it was the night game, long day, I don’t know what it was. But that was not Queen Creek baseball.”

Hawks starting pitcher Channy Ortiz started on an emergency basis, and he stranded runners at second and third base in the second inning. But the Bulldogs broke through in the third inning. Cassinelli hit a ground ball to first baseman Fernando Leal, but the throw was not in time to tag out second baseman Toren Craig at home plate.

In the fifth inning, the senior right-hander loaded the bases with no one out, and Leal came in to pitch. A run scored after senior shortstop Koley Kaler reached on an error and Leal issued a bases-loaded walk before Jacob’s double and the resultant collision between Cassinelli and Moreno.

Aker revealed that Ortiz had to start on an emergency basis, and he thought he did a good job.

“This is his first start of his [Ortiz’] career,” Aker said. “He’s our starting shortstop, he’s going to Grand Canyon University, he’s gonna be a middle infielder for them. But we know he can pitch, he was our closer last year.”

The Bulldogs travel next to Casa Grande to take on the Vista Grande Spartans on Monday, March 6, while the Hawks host the Willow Canyon Wildcats on Tuesday, March 7.