The anime film was released in North America on April 7 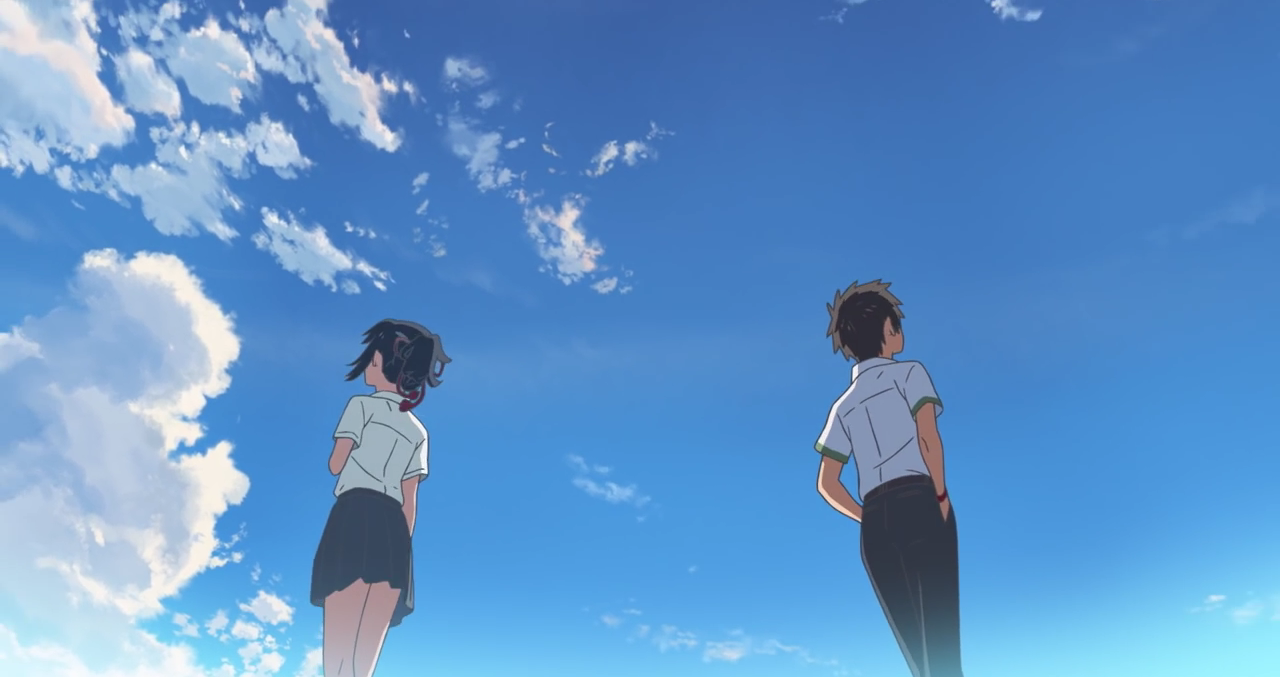 The Japanese anime movie “Your Name” was released in North America on April 7. The film has been localized here in less than a year and has even been given an English dub. Japanese critics have praised the movie, making it the very reason why the movie moved so fast to the United States. Director Makoto Shinkai, who has experience in film, commercials, short films, manga and even video games has developed an eye for different perspectives. This shines brightly throughout the film “Your Name.” The story is a classic, but it is the way the story is told that keeps the audience interested.

“Your Name” is a love story about two people who have never met, but fell in love with the person they saw through their eyes. Mitsuha is a small town village girl who finds herself swapped with a high school boy named Taki living in Tokyo. They go through the other person’s life every other day believing it was a dream until their close friends ask them if they remember acting strangely the day before. They then figure out a way to communicate to each other. Taki leaves notes behind in Mitsuha’s journal and Mitsuha leaves messages in Taki’s phone. Besides not being in the same town as one another, time too separates them.

The story is the driving point for the movie, but as anime, “Your Name” relies on artwork. The artwork definitely stands out here. Most anime uses a clear distinction of rigid movement frame by frame. This is done because it saves time for weekly episodes. “Your Name,” as a movie, gave the producers more time to make sure that every frame within the movie is different. The art flows. Little things stand out. Colors are vibrant. The style of the art is an achievement by itself. In this way, “Your Name” grabs the attention of the audience and does not let go.