A 20-second video by the Animal Welfare Institute and the Animal Defense League of Arizona contrasts the lives of dolphins in the wild with those in captivity. 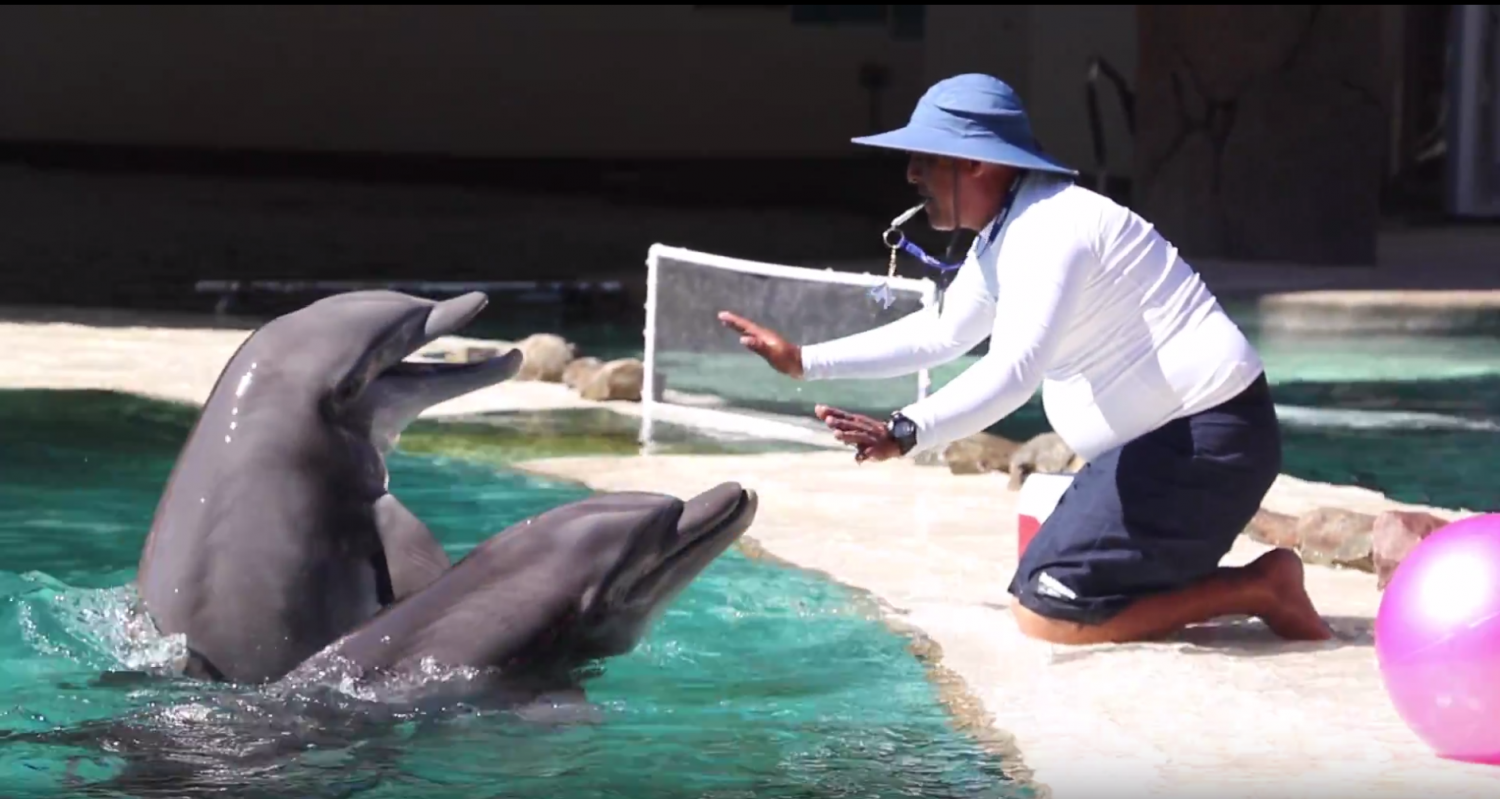 On Aug. 16, the Animal Welfare Institute and the Animal Defense League of Arizona launched a joint online campaign aimed at discouraging the public from buying tickets to see captive bottlenose dolphins. The campaign was introduced with a 20-second video titled “Dolphins — Born to Be Wild.” It specifically targets Dolphinaris Arizona, the Scottsdale dolphinarium which opened last October.

In a statement to Northeast Valley News, Dolphinaris remarked on its successful inaugural year and affirmed that its dolphins enjoy a high quality of life away from the wild.

“According to a 2017 report from the Alliance of Marine Mammal Parks & Aquariums, ‘threats to dolphins in the wild are increasing,” per the statement. “Growing human-related factors include loss of habitat due to coastal development, exposure to pollutants, entanglement in debris…Coastal dolphins may be at greater risk to human-related threats due to their greater proximity to human activities.’”

Stephanie Nichols-Young is an attorney and the President of the ADLA. She explained that the organization was caught off-guard when Dolphinaris opened and had to mobilize quickly, in effect targeting that undecided 19 percent.

“We just thought it was something we needed to make our members and the public aware of, that this is not a good life for these animals,” Nichols-Young said.

Dolphinaris’ website states that all of its dolphins were born into human care rather than lifted from the wild. However, Nichols-Young cautioned that facilities like Dolphinaris can still create a market for dolphin capture and sale.

“Someone out there who does that for a living is gonna say, ‘wow, I’m gonna keep capturing dolphins because I’m gonna be able to sell them,’” Nichols-Young said.

Dr. Naomi Rose is a marine mammal scientist for the AWI. Her 25 years of study at the Institute and elsewhere led her to a conclusion that dolphins cannot flourish at a place like Dolphinaris.

“As a marine mammal biologist who is very familiar with their [dolphins] biology and their ecology and their behavior, I can tell you a lot of what these facilities tell people is false,” Rose said.

Rose went on to explain how the concrete tanks used at Dolphinaris adversely affect the dolphins there.

“Dolphins routinely dive to about 60 feet to 100 feet,” Rose said. “They’re in 10 feet of water [at Dolphinaris]. It’s actually harmful, because they suffer from a disease called hemochromatosis in captivity about 15 times more than dolphins in the wild do.”

Hemochromatosis is known as “iron overload” and it is present in all mammals. When dolphins cannot reach a certain depth, Rose theorized, the iron in their blood coagulates. That can lead to bone pain, joint pain and diabetes.

“They [attractions like Dolphinaris] insist not only that their best is good enough, that it is better than good enough and they care more about those animals than I do,” Rose said. “You just have to care enough, and you have to understand them to care enough.”

Nichols-Young says that the ADLA’s ultimate goal for “Dolphins — Born to Be Wild” is to persuade the public to turn away from Dolphinaris and see dolphins in their natural habitat.

“Long-term, we think these facilities are on their way out,” Nichols-Young said. “They’re gonna die a natural death, and we’re just trying to educate the public.”

As a biologist, Rose focused on her personal endgame as it pertained to “Dolphins — Born to Be Wild.”

“The endgame for everything I do is to end the public display of whales and dolphins,” Rose said. “They cannot thrive in captivity, no matter how state-of-the-art your facility is.”

In its statement, Dolphinaris welcomed research into the threats facing dolphins and encouraged its continuation.

“At Dolphinaris Arizona, we love our dolphins,” the statement said. “We appreciate anyone who is willing to do research and learn about both sides of the issue and present the concerns of both sides in a fair and responsible way.”