Celebrating Brazilian culture in the desert 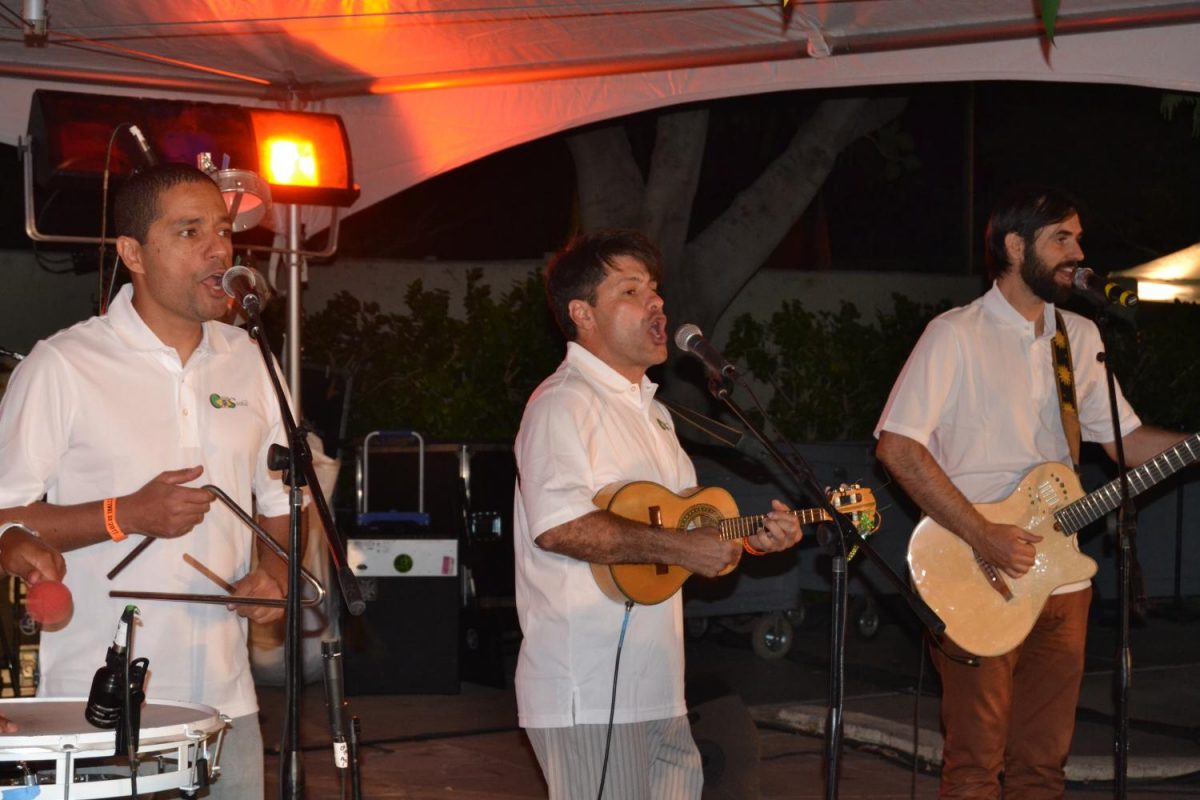 The band Grupo Cupim Do Samba performing during Brazilian Day Festival on Saturday.

On Sept. 23, Scottsdale Center for the Performing Arts hosted the 8th annual Brazilian Day Festival in celebration of 100 years of Samba music and dance.

Samba is one of the oldest dances in Brazil and the dance is normally performed during festivals or carnivals. The festival aimed to celebrate and experience Brazilian culture which began at 2 p.m and ended at 9 p.m.

Arizona arts enthusiasts were treated to a feast of activities with music, dancing and bands, both indoors and outdoors.

For the first time since its inception, this year’s festival displayed Brazilian artifacts and treasures from 1920 to 1960

“Every year there is a different theme and the theme this year is 100 years of samba, which is a dance from Brazil,” Messmer said. “The purpose is to celebrate Brazilian culture which includes music, dancing, food and all kinds of instrument and entertainment.”

With over 50 performers in 2017, the event is the largest Brazilian Festival in Arizona and has been attracting nearly 18,000 people since its inception and this year’s numbers might be slightly higher than that.

“This is probably the most attendance we have had,” Messmer said.

Mariana Bortoluzzi, Guest Services Coordinator said apart from dance samba music and dance, the event also raises funds and educate everyone in the area about arts.

“We had lots of people, which we more than expected,” Bortoluzzi said. “We sold out on food and everyone enjoyed themselves.”

She also mentions that this year’s festival attendance signifies the growth of the event.

Retha Sudjono, volunteer at the festival and student at Scottsdale Community College said when she found out about the festival she didn’t want to miss it.

“I really really loved seeing lots of people dancing in Brazilian way and I found out so many cultures and then there was food and everyone was happy,” Sudjono said. “I found out this is an interesting festival to be held every year and I hope to participate more in such kind of festivals.”