New Zimbabwe leader brings hope and uncertainty for the future 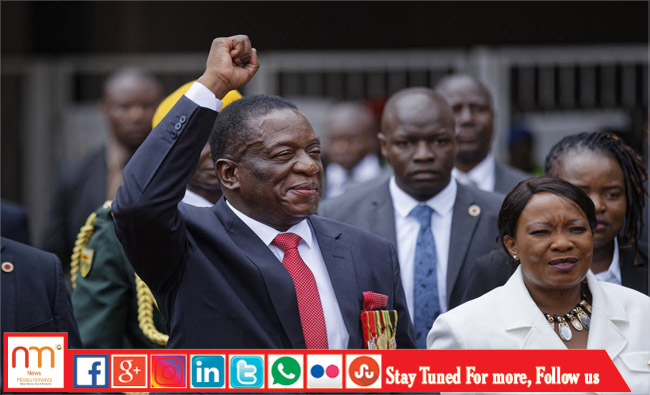 With the resignation of Robert Mugabe, the Zimbabwean brings an end to long 37- year- long oppressive regime. Although the 93-year old autocratic ruler vowed to stick to power on Monday during a televised address, he resigned in the wake of a military takeover, ending a week-long political standoff.

Mugabe had played a vital role to liberate the country from British colonization in 1970s and 1980s. But he tarnished his heroism due to sticking to power for long without the mandate of people along with alleged human rights violations and a country seeped in poverty.

During the reign of Mugabe the Zimbabwean economy was plunged into a debt of almost $ 11 billion. In fact, the economy plummeted from one of the best economies in Africa to one of the poorest.

A Nov. 21, Washington Post report describes the devastation under Mugabe.

“Through violent suppression of dissent and a keen political sense, Mr. Mugabe would dominate his new country over the next three decades, presiding over a decline in civil liberties and a near-collapse of the once-flourishing economy while holding tight to the political reins.”

The new president, Emmerson Mnangagwa, had promised democracy and a better standard of living with more freedom and a better economy.

The dramatic move of ousting Mugabe was prompted by the dismissal of Mnangagwa several weeks ago caused a military takeover that finally toppled Mugabe.

Thousands of people took to the street to celebrate the downfall of authoritarian leader.

With the dismissal of Mnangagwa, Mugabe wanted to bring his wife into power as his successor.

His plan ended in failure when military took power.

There has been concern about Mnangagwa’s succession because some believe he was one of the cronies of Mugabe regime.

A Dec. 12 Newsweek article concludes that it will likely be a while before it is known if the Mugabe departure is a win for democracy or if other African nations will follow.

The ruling party, ZANU-PF, nominated Mnangagwa to succeed Mugabe, who delivered a speech to a roaring crowd shortly after the coup.

“Today we are witnessing the beginning of a new unfolding democracy in our country. I pledge myself to be your servant. I appeal to all genuine parties in Zimbabwe to come together and work together. No one is more important than the other. We are all Zimbabweans,” Mnangagwa said.

“He is old enough to go, at this point at least, he should let the people decide their own fate”, Kevin said.